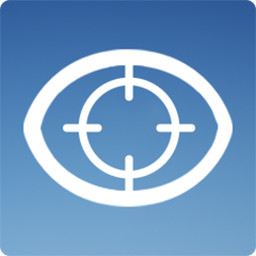 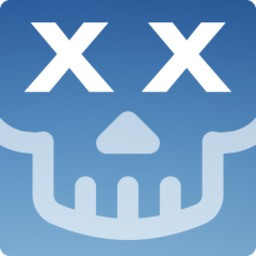 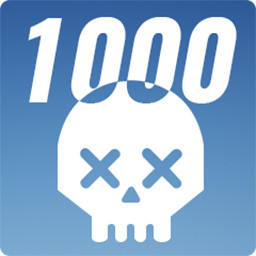 “We would like to present STRIDE’s parkour movement mechanics to the community. We hope to receive feedback on how to improve the mechanics as we continue development at this still relatively early stage.”

“We plan to be in Early Access until we have polished all 3 arcade game modes. This is likely to be towards the end of 2021. We also plan to add more content to them. Each new mode, game mechanic and other upgrades will be added based on feedback from the community.”

The complete version of the game will feature all the above, as well as new multiplayer content.”

“Endless Mode” features infinite level generation that provides unlimited challenging terrain. Parkour through randomly generated tracks, killing snipers and competing for a top place in the leaderboard.Build your score by landing jumps over impossibly wide gaps, nailing insane wall-runs, sliding under barriers, and swinging between buildings. There’s no turning back or time to stop - as the world quickly falls apart behind you.

“Time Run” is all about finding the most effective path on pre-made gameplay sections. Every millisecond matters. Test your parkour-at-speed skills in a race against the clock.

In “Arena Mode” you’re presented with a spacious section of the city’s rooftops. You have complete freedom of movement within this complex high-rise “arena” but you’ll be challenged with a variety of tasks. Examples include finding and collecting certain items , completing a specified route within a time limit, stealing an item without getting spotted by the snipers, or - simply - killing all the enemies! Arena mode feels even more like a real city, so enjoy the views… but try not to die.

In every game mode, players are able to try out all the mechanics of parkour such as jumping, climbing, wall-running, sliding, ziplining and hooking. Our aim is to convey a real sense of height, danger, and dynamic movement as players navigate through the realistic environment of city rooftops. We set ourselves the task of realizing the real sensations of parkour from the comfort of your virtual reality headset.”

“We are always glad to hear feedback from the community. We do our best to implement your ideas and address your concerns. We are online, so drop us a line!
🔹Steam: https://steamcommunity.com/app/1292040/discussions/
🔹Discord: https://discord.gg/bASKMYt
🔹Reddit: https://www.reddit.com/r/JoyWay/
🔹Twitter: https://twitter.com/joywayvr
🔹Facebook: https://www.facebook.com/joywayvr/”

STRIDE is a high-octane parkour adventure in virtual reality. Fight for your life as you hurtle through the canopy of a futuristic metropolis. Step into the shoes of a master freerunner as you vault, swing, roll, and shoot your way through this intense, action-packed adventure. Will you survive the ultimate freerun?

Experience the rush of parkour

Navigate city rooftops like a parkour pro. Grab ledges, jump from roof to roof, vault through windows, slide down cables, swing from hooks: your possibilities are limited only by your attentiveness, creativity, and reactive skill.

Designed for virtual reality, you’ll feel the rush of leaping across impossibly wide gaps over dizzying heights. Don’t look down!

Once you’re a parkour pro, it’s time to turn up the heat. Turn on enemies, and the city will be crawling with snipers who want you dead. To survive, you’ll need to combine fast-paced parkour moves with strategic dodges as bullets fly your way.

You’re not defenseless - equip your own weapon and experience the satisfaction of picking off a sniper mid-air, nailing your landing on the edge of a skyscraper, then flowing straight into a wall-run to line up your next target!

Of course, if the enemies are too much to handle, you can always disable them and focus on pure parkour.

Infinite level generation provides unlimited challenging terrain. Build your score by landing jumps over impossibly wide gaps, nailing insane wall-runs, sliding under barriers, and swinging between buildings. There’s no turning back or time to stop - as the world quickly falls apart behind you. Oh, and did we mention the rooftops are crawling with snipers? Pull out your 9mm mid-air and pick them off as you glide across the gap between buildings.

Compete for the top spot on the leaderboard. In Time Run mode, it’s all about speed. As the terrain unveils itself ahead of you, you’ll need to visualize your route on the fly, and execute each move with precision.

In Arena mode, you’re presented with a spacious section of the city’s rooftops, without the pressure of a creeping barrier coming up behind you. You have complete freedom of movement within this complex high-rise “arena” but you’ll be challenged with a variety of tasks. Examples include finding and collecting certain items , completing a specified route within a time limit, stealing an item without getting spotted by the snipers, or - simply - killing all the enemies! Arena mode feels even more like a real city, so enjoy the views… but try not to die.

Story Mode and Multiplayer - in development

Story Mode will feature a cast of characters and a complete narrative. We are working on this in parallel with the Arcade Modes and will announce the official release date as soon as it’s confirmed.

At the moment, we have the level design of several locations from the first story arc of the game ready. The storyline of the game starts in urban slums, one of the poorest and most criminally prone areas of the city. On its roofs, the protagonist does his daily job as a chaser. In addition to the locations, we’ve done a lot of work on the lore and the plot of the game, the characters and their motivation. We want to add gameplay and mechanics to the story mode that are not available in the arcade game modes. To survive and to complete the saga, you’ll need to draw on your parkour skills, your marksmanship, and your brains.

Speaking of multiplayer, it is another very important direction of the game's development for us. Players will compete in various online battles in urban environments perfectly tailored for parkour action. The public multiplayer alpha was warmly received by the community, and more than 8 thousand players played the prototype. We have compiled a list of more than 50 changes and improvements to be made, so we are sending the multiplayer for refinement in order to finalize the network code, update the servers, balance the maps and polish the mechanics.

Realistic enemies aggressively attack the player using long-range weapons and through close-range combat. The player, similarly, can and must dispatch enemies in a variety of ways. The player can be destroyed by enemies and may also fall to his death from height.