Operation Zeta
Developer
SFS Studios
Publisher
SFS Studios
The great battle codenamed 'Operation Zeta' has been lost. Your ship is in shambles and you have to act quickly to collect all of the parts and repair your ship before the warzone is completely destroyed by the enemies death laser in this space rougelike.
All Reviews:
Positive (10) - 100% of the 10 user reviews for this game are positive.
Release Date:
Developer:
SFS Studios
Publisher:
SFS Studios
Tags
Popular user-defined tags for this product:
Pixel Graphics Roguelite Action Roguelike Sci-fi Indie Procedural Generation Space Adventure Loot Roguelike 2D Action Singleplayer Early Access
+
Reviews
All Reviews:
Positive (100% of 10) All Time 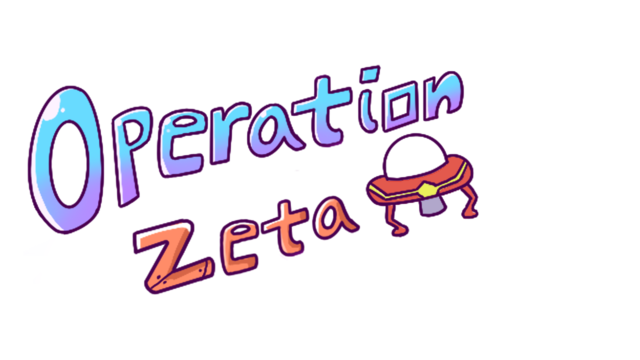 Operation Zeta is a space action game. The great battle codenamed 'Operation Zeta' has been lost. Your ship is in shambles and you have to act quickly to collect all of the parts and repair your ship before the warzone is completely destroyed by the enemies death laser. Play and unlock 13 playable characters each with their own unique set of skills and challenges. As well unlock new abilities and upgrades with credits you earn during each run. Each time you play the world is randomly generated with random quests to get your ship parts back. Made in our custom game engine built from the ground up!

Help out or fight the bizzare and exotic natives to recover the parts of your crashed warship.
Over 100 different NPCS and enemies, with new ones being selected each playthrough.

Collect rewards to unlock new ships and races from monkeys with space helmets to space slugs to play in future playthroughs!

Uncover the lore of the world, with tons of lore entries detailing the creatures of the world, the planets they originate and general history of the universe!


We are committed to bringing more and more content to Operation Zeta up until release and even have an update timer on the main menu telling you when the next update is going to come! Updates will come out roughly once every month and a half until release. Give us any feedback or ideas you may have and you might just spot your ideas in the game!