Lost Circus VR - The Prologue
Developer
VIRTUAL MAGIC
Publisher
VIRTUAL MAGIC
Meet a mysterious Clown and his abandoned circus. Will You dare to start a thrilling night excursion? If You dare to get into a barrel on the old, rusty cart, pushed by a strange Clown - get ready for an extreme experience.
All Reviews:
Mostly Positive (48) - 77% of the 48 user reviews for this game are positive.
Release Date:
Developer:
VIRTUAL MAGIC
Publisher:
VIRTUAL MAGIC
Tags
Popular user-defined tags for this product:
Action Indie Adventure Early Access VR Horror Magic Action-Adventure Atmospheric Mystery
+
Reviews
All Reviews:
Mostly Positive (77% of 48) All Time

“From the very beginning we wished not only to tell but also to show the kind and climate of the gameplay. One picture beats a thousand words as they say :) That is the reason we created a kind of „The Prologue” for the lost circus story. Starting the adventure we meet the main character of the game: a mysterious Clown. Lots of time and effort we have input into building a proper environement and mood for the story. We do not utilise any preset or out of the box models for our production. All the things You are going to see are designed and built from scratch, giving a solid, compact and details-packed believable vision. The huge amount of work we have input into the Prologue lets future Players to appreciate what to expect in the final version of the game.”

“We’ve been working on the Prologue for six months. Right now our team is much bigger and more experienced so we believe that the full version of the game will take about eighteen months of developement.”

“The current narration lets us know what happens to a person brave enough to visit the haunted circus in a very unconventional way. We travel about the place sitting in the old barrell stuck on the rusty cart, pushed by nice and apparently friendly Clown. We start a sightseeing, which ends suddenly in a very suprising way (we aren’t going to spill the beans now :)). In the full version of the game we’ll have a choice of the method of our movement: cart ride or free walking which allows us to discover all by ourselves the dark secrets of the place. "The Prologue” version is more of an „Interactive OnTheRail adventure” with some interaction with the environement included from time to time. As for the final version, it will be fully interactive place for the Player to enjoy and roam freely in. We will also meet new characters, ex members of the Circus crew, or better said: the remnants of them. If we get lucky, we will discover the mystery of the empty and abandoned Circus and why it still lures trustful visitors into its cursed ground.
We are going to design new concept of a VR gameplay not seen in the other games. We will not constrain the interaction only to moving objects or firing cutscenes when some hot spots are approached by a Player. As said before - our roots are in the movies industry. We have produced 5D movies for theme parks so the animations, special effects, plot twists and proper narration assuring the intensive and realistic entertainment is „the pond” we are freely swimming in for a long time.”

“The first version of our game was produced for the Theme Park „Global Village” in Dubai and was a great commercial success. The game provided fun and thrilling experience for all the guests who dared to enter the cursed Circus. The „Prologue” is a fully playable event lasting for 8 minutes and providing a score summary at the end of the adventure. We also enhanced all the original textures to fit the new generation of VR googles like PIMAX 5K or 8K, adding more details and realism to our journey. We have now a complete script for the full final version and now working on all the technical aspects, like models, new environements and game mechanics for even deeper immersion of Player in the dark world of the Circus.”

“It all depends on how financially demanding the production will turn out. It all surely needs a lot of time and work, we take it seriously and high quality for us is a standard. Also the new approach for a gameplay demands lots of trials and testing so the final price will be higher for sure, we just have to try to keep it down on reasonable level.”

“We will be presenting all the time the new graphical elements and new stages in developement proccess and also give access to new game levels and innovative game mechanics of VR entertainment for chosen betatesters. Preferred contact is the Steam Discussion board, https://www.facebook.com/LostCircusVR or mail: vr@virtualmagic.com.pl”
Read more
Notice: Requires one of the following virtual reality headsets: HTC Vive, Oculus Rift, or Valve Index. See the VR Support section for more info.
VR Only 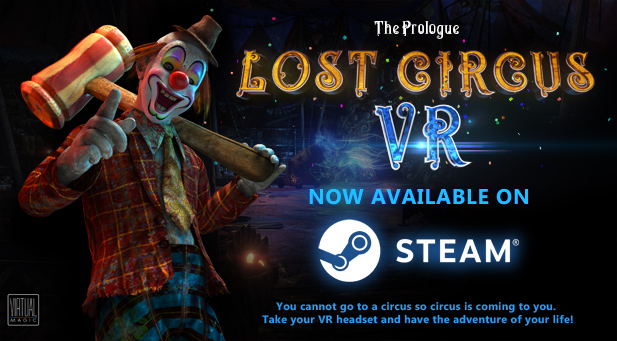 Meet a mysterious Clown and his abandoned circus. Will You dare to start a thrilling night excursion? If You dare to get into a barrel on the old, rusty cart, pushed by a strange Clown - get ready for an extreme experience. You are going to visit a place abandoned for a long time, encounter a tiger and hordes of overgrown, furious spiders. Show Your sharpshooting skills and carefully avoid wild animals inhabiting the area. 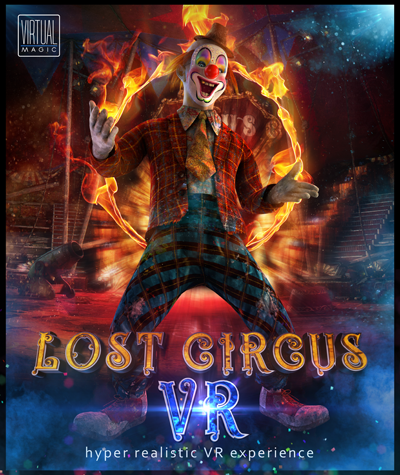 „Lost Circus VR - The Prologue” is an introduction for the newly created game made in VR technology. The incredible care for details of the environement will let You truly immerse in dark climate of an abandoned circus. The dedicated music and amazing 5.1 sound will build up the mood and give You a „goose bumps”. The highest quality of 4K textures also greatly improves the impressions of reality, even in state of the art high resolution googles. 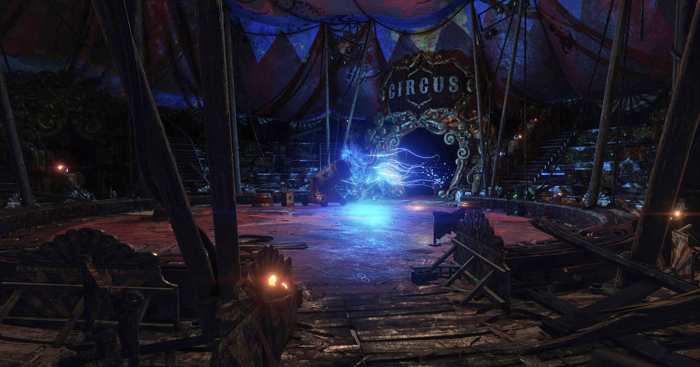 „Lost Circus VR” comes from the Virtual Magic entertainment workshop, an experienced company known for producing many 3D and 5d virtual shows and movies created for amusement parks. Our roots are in the movies industry, that is the reason we want to maintain our own more cinematic approach towards VR games. 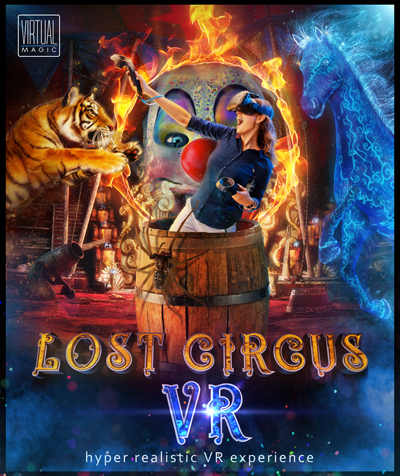