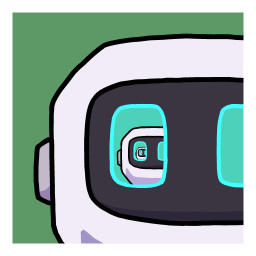 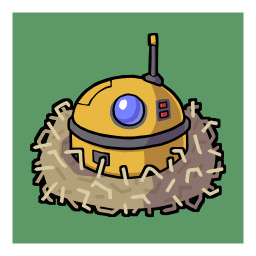 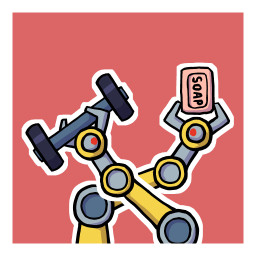 “I've tested the game with as many people as I can, but that pales compared to the terrifying force of the wild internet. I want to make sure that the game runs on a wide variety of computers, that it's as intuitive as is feasible, and that there aren't too many subtle bugs lurking before I call it 'done'.”

“I'm planning to release sometime in 2022, probably midway through the year.”

“Honestly, I think the full version will end up looking pretty similar. Most of the remaining work I have planned is polish - graphics tweaks, optimization, adding whatever extra options & sharing features that there's substantial demand for.

If everyone hates the game then I'll change more things, but I'm hopeful that won't happen. :)”

“It's playable start to finish. At time of writing, some of the late game areas are a little lacking in graphical polish and some UI could use a little tinkering with, but I don't know of any major issues.

I'm just one dev, but so far I've been able to implement a very large part of what people ask for and at least respond to the rest. Continuing that seems good to me.”

A really smart engineer can build robots that do just about everything. Are there any problems that more robots can't solve? You'll find out!

From the creator of Silicon Zeroes and the original Manufactoria, Manufactoria 2022 is a new open-ended puzzle game. Build assembly lines that push robots around and rewrite their strangely paper-based brains. Figure out which robots will work, and send the rest straight into the slagheap!

Solve: Manufactoria has (very slightly) more than a hundred puzzles, but just eight different types of machine to place. How complicated could these robots possibly get? You'll find out :)

Improve: Getting assembly lines working at all is hard enough. If you're looking for more challenge, though, it's time to see if you can make your solutions faster, more compact, more elegant. Get gold medals! Beat your friends, and then make fun of em! Compete for global leaderboards!

Advance: Go from a garage robotics startup to a booming megabusiness. Work with a colorful cast of characters to inflict your creations on an unsuspecting world. It's gonna be a blast!