Check out the entire Oh, a Rock! Studios franchise on Steam

“It’s the purrfect game to relax with. Especially if you love cats, the crazy ones and the robot ones alike.”
GameSpew

The cats are back to win your heart—and your vote!

In a world where talking cats control the U.S. government, President DJ Nibbles is running for re-election—and you've been hired to stop him at all costs. Who cares that you're a random ride-share driver who didn't even know an election was happening? That doesn't mean you can't run the purrfect campaign!

Can you handle the world of Presidential politics? Do you even know what a campaign manager does? Will you find love or heartbreak with your candidate? Leading the purrlitical revolution is up to you!

Because wouldn't things be better if humans weren't in charge?

With a script that's over 100,000 words long, Cat President 2 is a visual novel packed full of romance, humor and cute pictures of cats. Fans of the first game and newcomers alike are sure to enjoy this game! Cast your vote today!

- Enjoy a utopian society where humans no longer control the government
- Romance a cat (but not in a gross way)!
- Make tough decisions and unlock 20 different endings!
- Look at lots and lots (and LOTS) of cute animal photos!
- 25% more cat puns than the original game

Q: Uhh, why are cats running For President?

A: Twenty-four years ago, the government became so corrupt that humans were permanently banned from taking office. Talking cats was seen as the superior option.

Q: Is it true that cats simplified the political process?

A: Yes! The Fancy Furballs have a maximum of six Presidential candidates, instead of letting everyone and their grandma run for election. (Sorry, grandma.) And instead of having over 50 separate elections, there are just two: the East Coast Primary and the West Coast Primary!

Q: What gorgeous cats can the main character fall in love with?

A: There are six main storylines in this game, one for each candidate. 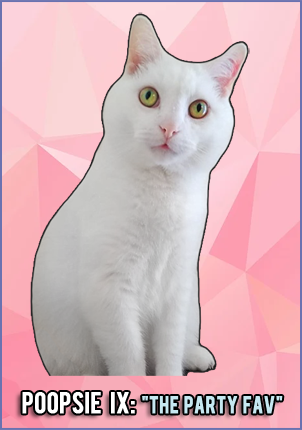 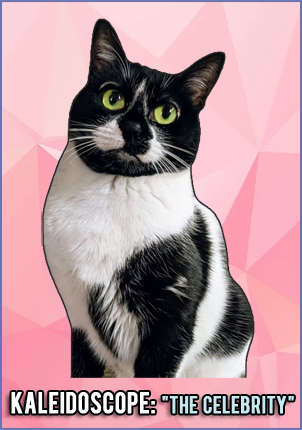 By far the most qualified candidate is Poopsie IX. Groomed for success from an early age, he's hair apparent of Poopsie I, the first ever cat president. But though he knows everything about politics, he has a lot to learn about love. Will you teach him how to think with his heart and not his head?

Kaleidoscope is a handsome movie star, hoping to dip his tail into the world of politics. Unfortunately he's treating his campaign like a promotional tour—and his agent seems determined to derail everything! Can this Clawlywood cat claw his way to the top? 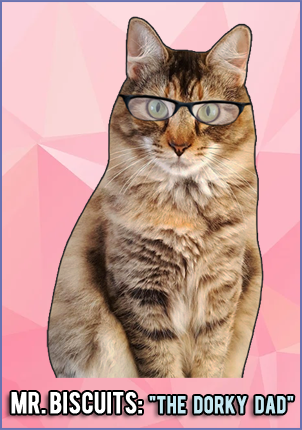 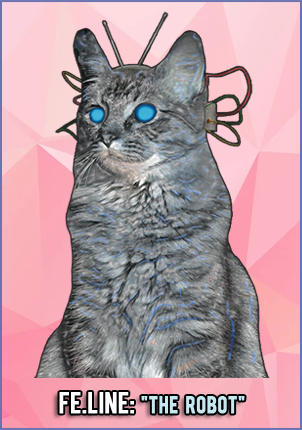 Wildcard candidate Mr. Biscuits loves hanging out with his kitten and telling hilarious dad jokes. No kitten around! But can a working single dad handle the stress of a Presidential campaign? Or will his candidacy be scratched?

Fe.Line is a robot cat, specially programmed to become President of the United States. Though he may seem cold and emotionless at first, he does have some softer subroutines in his robotic heart. Can you crack the code of this mechanical candidate? 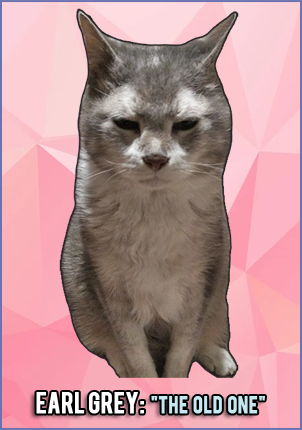 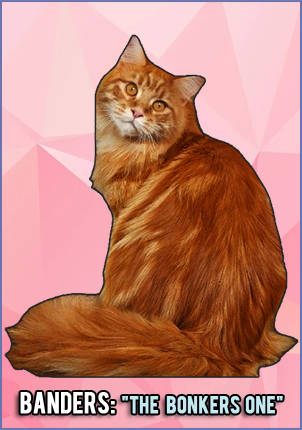 Earl Grey is old. Like, super old. But even though he's lost many (MANY) Presidential elections in the past, he's hoping that his two decades of experience will be enough for him to triumph—or at least, get those dang kittens to turn their music down.

And finally! Banders is a wildcat who's spent most of his life as a political protester. Now he's trying to dismantle the system from within! ...Just as soon as he finds his pudding cups.

More from Oh, a Rock! Studios