But the full release’s core goal is the story mode. It will have unique missions, characters, etc. The Early Access version will be set in such a way that only the basics of the story is revealed and you have to wait to see what happens.

“The current version is based around the freeplay/sandbox mode. There are lands to explore and you have your base hub to customize. There are resources to collect and things to craft. More content is being added with each update.”

Submit Your Poem/Message for use in game 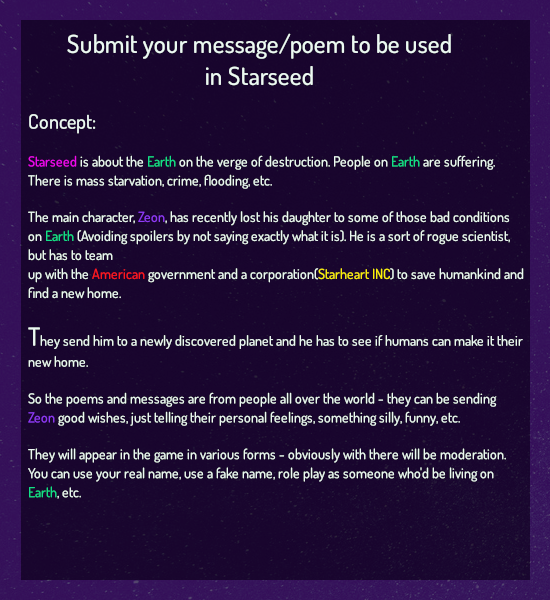 Here's a link to the submission form: https://forms.gle/3prippnL1SLsQfR38