Third Crisis is an adult tactical-RPG that follows the adventurer and hero known as Vibe. Whether she gives in to the bliss of submission or uses her sexual appeal to her advantage on the battlefield is all up to you!
Recent Reviews:
Very Positive (15) - 93% of the 15 user reviews in the last 30 days are positive.
All Reviews:
Very Positive (285) - 95% of the 285 user reviews for this game are positive.
Release Date:
Developer:
Anduo Games
Publisher:
Anduo Games
Popular user-defined tags for this product:
RPG Adventure Indie Sexual Content Nudity Hentai NSFW Female Protagonist Mature Early Access LGBTQ+ Singleplayer Anime 2D Cute Comedy Funny Visual Novel Strategy Memes
+ 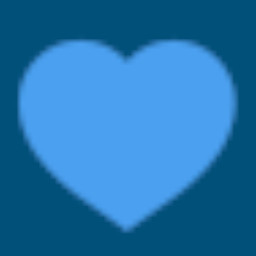 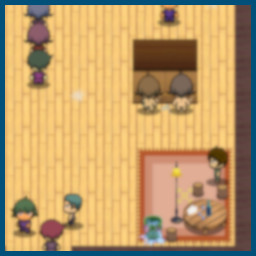 “We want to be as clear as possible about Third Crisis being in active development.

Early access enables you to play through the story that we have already completed, and give us feedback as we develop it.”

“We hope to have Third Crisis complete sometime in 2021.”

“The full version will feature a completed main story and many more side-encounters, similar to what is already featured in the game but just more of it.

The early access version currently has a lot of placeholder CGs and even CGs completely missing from scenes. The full version will have all of these replaced along with more animated and even interactable CGs.”

“You can play through a bunch of story content, talk to people, engage in battles, buy clothing items, and review scenes and pinups in the gallery. It's just a matter of us fixing bugs and adding more story content until the story is complete. As of going into early-access, we have just over half of the story content complete.

You can look at the 'About This' section for the sorts of features that the game features.

Third Crisis already has around a few hours or so of gameplay if you rush through and skip dialogues, and around a dozen hours if you explore for all the collectibles and read every line.”

“We're currently planning for Third Crisis to stay at the same price once it's out of early access. However, we are planning to develop additional paid DLC content once the game is complete.”

“We want people to give us feedback on what they liked and didn't like, and also help us find any bugs so the game can be as polished as possible once it comes out of early access. We also love hearing about things that people want to see happen in the game!

We can be very easily reached on our Discord server.
https://discord.gg/V3vuwDw”

Third Crisis is an adult tactical-RPG that follows the adventurer and hero known as Vibe. After a mission gone wrong, she’s forced to adjust to her new way of life in the lust-ridden town of Carceburg. Whether she gives in to the bliss of submission or uses her sexual appeal to her advantage on the battlefield is all up to you!

As you play through the story, you'll encounter a large cast of characters who will either support you or oppose you on your journey. You can also fuck them too.

Battle against your foes using a turn-based tactical battle system. Use positioning to gain an advantage in the fight! 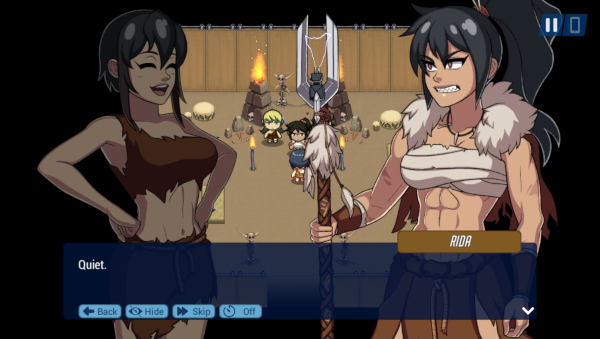 The characters you encounter all usually have something deep and philosophical to bring to the table, as pictured above.

Find and collect pinups around the world and view them in the gallery. You can also replay sex scenes and view characters with or without their clothes on from here!