“The Help Me Now game is unique, I don't know how to describe it correctly. It is a dark and tense experience, where you need to be prepared for the surprises you encounter along the way. I really enjoyed the game, it is difficult and addictive, and particularly, I had an incredible experience. I highly recommend it! Game very good! What a privilege to receive this work in advance!”
9,3 – Miguel ITB 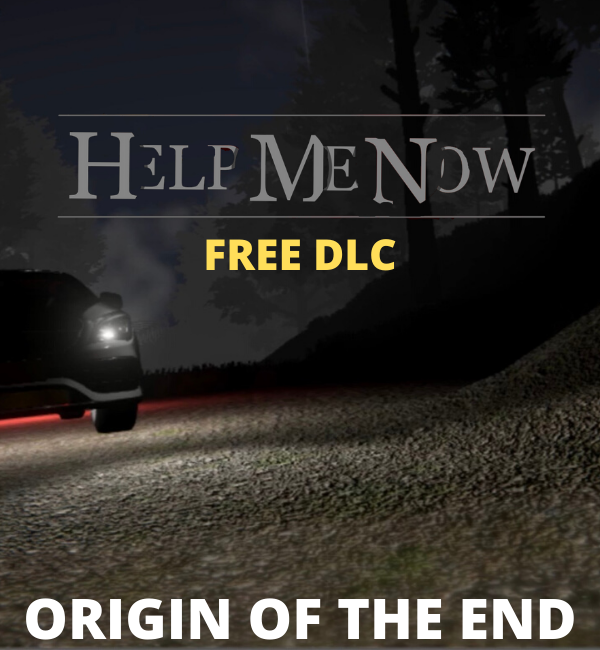 The "Origin of the end" DLC is now available for play on Help Me Now! This additional content is free for all players and expands the experience in "Story Mode"! In this DLC you control Thomas Histed, 1 hour and 30 minutes before waking up unconsciously in the room where "History Mode" starts. Explore an extensive map, solve puzzles, mysteries, collect resources and survive in the hands of TREEKY, one of the biological weapons created by Tamara, to prevent anyone from trying to enter the mansion ...

Note: The DLC does not need to be downloaded separately, it is already included in the game.

Help Me Now is a game based on horror and suspense, where the player will have to deal with several puzzles, mysteries, problems and challenges that will be encountered along his journey. During gameplay, the protagonist will need to monitor his hunger, thirst, stamina, life, sanity and the batteries present in his flashlight to ensure his survival in the haunted house that awaits you. Your goal as a player is to escape the house you are in and if possible, collect evidence and documents about the general events that took place in the house. The player will also need to hide, flee and run from a psychopathic and immortal enemy that will chase him throughout his journey. The game has multiple endings and different ways to address the challenges that will be encountered during the game, so the player can progress as he sees fit. Throughout the progression in the game, the player can release skills and different mechanics that can be used by him to assist and facilitate the challenges encountered. I'm sure you won't want to miss this terrifying and scary journey!

In Help Me Now you are an investigative detective named Thomas Histed. You were born in a place unknown to the authorities, but you were adopted in an orphanage located in the city of San Francisco, California, at the age of two. Thomas was always looking for more information about his origin and the intrigues of his past. When Thomas turned 18, he decided to become an investigative detective, after the whole process of professionalization, Thomas was hired by a government agency called FBIYH, from there, his first job came up, investigating a house located on a farm in southern Arizona. ; then things would never be the same ...

1- Horror and suspense game, where you cannot fight, you should only seek to hide, escape, dribble and hinder the enemies that will pursue you;
2- You must take care of your hunger, thirst, stamina, life, sanity, the batteries present in your flashlight and your detective equipment;
3- You will need to solve puzzles, riddles and find keys to escape the house you are in;
4- You can approach the facts in different ways;
5- The game has more than one ending;
6- System to release skills throughout your progress in the game;
7- Interaction with a large part of the scenario, being able to throw, rotate or hold allowed objects;
8- And much more!

* Help Me Now contains violence, blood, nudity and inappropriate language; you have been WARNED.
* Help Me Now has a fictional story and content, any resemblance to reality, was just a coincidence.

This product has scenes of violence, inappropriate language, blood, nudity, quotes regarding suicide and murders, so be aware.