This content requires the base game 喵可莉的兔玩偶 - Nyakori's Rabbit Doll on Steam in order to play.

This content requires the base game 喵可莉的兔玩偶 - Nyakori's Rabbit Doll on Steam in order to play.

This DLC is a story that continues after the true ending of Nyakori's rabbit doll, but you can play DLC directly without passing the true ending.
This DLC bring new scenes, new characters, and new CG, and especially a new gameplay system which is completely different than the main game.

About the "Perspective Transformation" system in this DLC.

In this DLC, the black-haired girl Yuri uses her power to project the world into three planes, each plane indicates a different view of the world. You can use her power to jump from one plane into another.
Different things may be happening on different planes. Imagine if you smashed a window on plane A, and something horrible happened on plane B because of that. Are you interested in searching clues and discover the truth by controlling this ability on your own?

More flexible to switch between the characters you want to control.

This story has multiple protagonists, but players are not limited to just play from one perspective. In this game, you are able to switch your view to any character at any time.
Character switching closer to real-world situation. The characters which are not controlled by the player will be controlled by AI instead, and the AI will take over the original position and state of the role after switching, just like a real person.

New character in this DLC 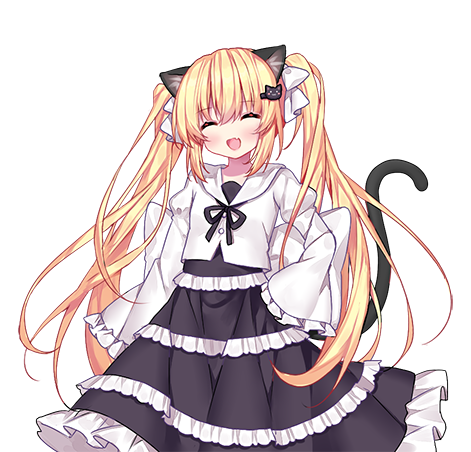 The mysterious young girl who suddenly appears in front of Nyarutoru, claiming that she is of the same species as Nyarutoru. It seems like she has an unusual history.

This DLC will tell all the unexplained mysteries in Nyakori's rabbit doll and bring the final truth to light. (need to reach the extra end)

There are two endings in this DLC

Written at the end

This DLC game is about 40% the length of the main game, to play through requires about 1.5 hours.