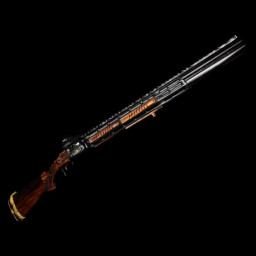 Shoot the gun and break the enemies!

This is a shooting game within 10 minutes of play time that only focuses on gameplay with a one-way.

Prove your skills with powerful weapons against powerful enemies.

You are an agent of Sentinel, an organization that stops demons from all over the fictional modern world.

One day, Sentinel is subject to a massive invasion of enemies. They heads to their respective destinations according to the urgent order.

The content of the game is a middle story, and the player runs a train chase after passing the subway.

Panic Station VR is created as a short-term project to test the experimental elements of combat system at VR FPS by a team of students.

Please express it in a review if there was something good or bad things about the game. Feedback is very helpful for game development.

For other HMDs and controllers, the actual behavior test is not possible, but due to the possibility of key binding to an external program, the exemption setting is turned off.

Total special function operation
1. SMG - Auto targeting
-Long press and release the grip button to enter auto aim mode based on skill charge
- The skill charge displayed by the UI to the right of the gun is automatically restored, recovered by knocking down the enemy, and recovered by killing the enemy
2. Rifle - Impact bullet
-One hand grip
--Press and hold the grip button and quickly lift the controller up
-Sub gripped
--Press the grip button of main gripped controller
3. Rifle - Chaser bullet
-Long press and release the trigger button to fire chaser bullet what passing through enemies
- Overheat is increased to max, consumes all the impact bullets shown on the right side of the gun by UI, and increases the number of bounces and damage depending on the number of impact bullets remaining.

1. Put on the HMD, turn on the game.
When the game is turned on, the front of the HMD is set to the original front of the game, so if you turn the game up with the HMD upside down, you should look back.

2. Press any button on the controller.

3. Select either Start Tutorial (above) or Start Game Immediately (below).

4. If you have just finished the tutorial or started right away, you can skip the stage, set the difficulty level, or set the speed in the lobby UI.
Difficulty settings are easy, medium, and difficult.
In the Easy setting, the target point of the gun always appears in crosshair form, but in Normal and Difficulty, the crosshair can only be seen inside the aimer and the enemy's HP also increases.

5. Start the game by making a stage selection or moving to the right aisle from the front.
In a non-combat state, you move towards the target point displayed by the white square UI.
In combat, nearby passages are blocked, and all enemies must be killed to release the barrier.

6. If the player dies due to a lot of enemy attacks in a short time, or the time limit UI at the top of the screen becomes 0, the game is over.
The game is cleared if you kill the final boss along the way.

The game does not compensate for any physical or mental damage caused by players and spectators due to in-game elements. If you are weak in fear genre, such as pregnant women, the elderly, children, please refrain from using.

Unauthorized use of in-game sounds, graphics, and programs for any purpose, or anywhere, may cause legal issues.
In-game screenshots and videos are fine if they show gameplay.