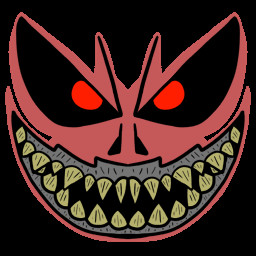 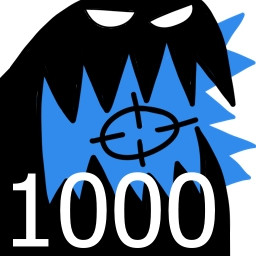 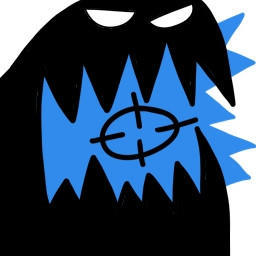 “Our goal is to build a strong community of early adopters to work directly with them on pushing the game experience to the highest level, based on their valuable feedback. We have already completed 80% of the gameplay and a first playable level with enemies, weapons and behaviours. Providing the first level of the game in Early Access is the best way for us to start exchanging and collaborating with them. First on the balancing of the game parameters to guarantee a perfect playability, and second on what they would like to see in the upcoming levels of the game, in terms of environments, weapons or enemies.”

“The early access length is not set in stone and will mostly depend on the players' feedbacks. But at least during the first 12 months, we plan to add fixes, upgrades and new content as follows:
- Frequent "small" updates with tweaks and fixes as well as new weapons and minor things;
- More spaced "big" updates with a new map (new level design, new enemies, new bosses and a different graphical theme);
We plan to have 7 levels minimum and a year of updates based on the feedbacks and ideas. We will see in time what to do from there and for the future of this game.”

“We want the final version of the game to have more levels which is the main issue with the state of the game as it is today. We have at the beginning of this Early Access one complete endless level with enemies, a wave system and a boss specific to that level. We would like to expand and bring the gameplay into other worlds and design new enemies and maps as well as introduce new turrets, weapons and fonctionnalities.
While this level is fully fonctionnal we plan to add, remove and change things based on the early adopters experience to make this game the best VR game we can.”

“The game is fully fonctionnal with 10 individual turrets and their evolutions, more than 20 weapons, different enemy types and one level set in a lava cave loaded with demons. The current level is endless with waves of enemies getting tougher and more crowded.”

“Yes, the game will have a price increase when more levels will be available.”

“We will be openned to the community's feedbacks and will check on the game forums daily to bring corrections and bug fixes as quickly as possible. As a gameplay-focused VR experience we want the game to have a balanced gameplay between the shooter aspects and the tower-defense building and for that the players' experience is key.”

"Purgatory Overkill" mixes a shooter and a tower-defense in a VR environnement.
Play as a member of the elite group "OverKill Unit" and shoot your way into hordes of enemies, from tiny skeletons to gigantic demons, to protect interdimensional portals which are at the same time you way home and a way for the monsters to invade your world !
You can count on your military arsenal to fight, be it loads of different weapons or automatic turrets that you can build around the map to avoid getting overwhelmed. But you will have to protect them as much as they are protecting you. How long can you last ?

STORY :
In the year 2075, after many efforts, humanity managed to create its first interdimensional portal. Since then and for the twenty following years many worlds, until then inaccessible, have been visited by exploration teams under the control of the UN. They brought back knowledge and technology. Visited planets have been classed into three categories: Earths, similar to our world in many aspects; peaceful Paradises; and the dangerous Purgatories where violence and evil reign.
But, like every door, interdimensional portals work both ways and Purgatories inhabitants began to take interest in it. One world known as “Alcion” saw in the portal an occasion to expand its power, not only on Earth, but also on the many planets now connected to our world. UN security team managed to contain the Alcion threat thanks to its tactics and brutal firepower. So much so that it was soon known to the media and the general public as the “OverKill Unit”.
Less than a month after the victory other purgatory worlds began attacking portals and it’s now up to the OverKill Unit to protect Earths and peaceful paradises.
As a member of the OverKill Unit you are to be sent to worlds where lifeforms and universal laws are very different from what you have experienced so far. Your only mission is to protect each world’s portal against the assault of its residents until the command center brings you home and deactivates it. If you fail, the command center will fall in the hands of hostile creatures which could then ravage your home, and many more.

This game has blood, violence and scary monsters.