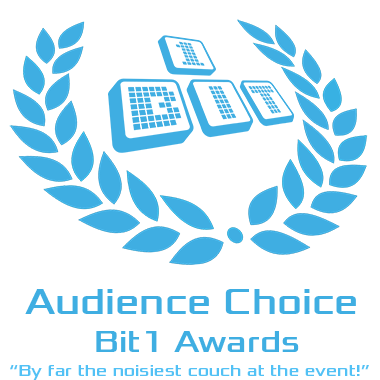 “Honestly, we’ve been sitting on something awesome for far too long. We want to give players the opportunity to enjoy Puck Buddies at its current state and help make the game even better. With a game focused on dynamic multiplayer moments and replay value, Early Access makes things more fun for everyone – us developers, the early adopters and the eventual players of the full game. With the help of player feedback, we can ensure that the game we’re delivering is up to both our own and the community’s standards, with content additions, tweaks and updates happening throughout the Early Access process.”

“We expect it to take roughly 4-6 months. The pandemic has caused some delays, challenges and hiccups for both development and marketability, but our aim is to get the full game wrapped up by the time the world supports couch parties and gaming get-togethers. There’s a lot of stuff we want to add to the game and finetune, but the core gameplay is beginning to shape up nicely enough that our resources can be better focused on adding content and engaging with community feedback. Once everything is in place, feels great and looks neat, Puck Buddies will have its full launch.”

“We are quite satisfied with the gameplay feel already, but plan to at least double the amount of playable content. Our intent is to have at least 12 fully finalized, distinct levels by full launch and implement at least 3 different gameplay modes on each one. As designing these is an iterative process, the Early Access version might have some short-lived experimental stuff to try out before the game is cleaned up and finalized. We want to put all the audiovisual bells and whistles in their places and tweak the gameplay to as fun and responsive as it can be. We aim bring the UI up to a launch-worthy standard. Also, we expect to swat a few pesky bugs.”

“The game is already a blast to play, especially with human players. The full cast of 16 characters is available. There are currently 6 playable levels in the game that can be played 2v2, 3v3 and 4v4, and one extra gameplay mode. Two of the playable levels still have some noticeably work-in-progress graphical content. The CPU-controlled players can have certain quirks or imbalances, but function pretty well nonetheless. The menus and UI aren’t polished, but have almost all the features needed. Sound effects or response animations are missing at a few places, but overall, the gameplay interactions are responsive and clear to understand.”

“We will gradually raise the price to reflect the game’s completion level: as the amount and quality of playable content in Puck Buddies increases, so will the price. We feel it is fair for those jumping in early (and thus supporting us mid-development) to enjoy the game at a lower price.”

“Listening and reacting to feedback is key in ensuring that we are creating the best possible experience. Throughout the Early Access process, you can reach us and other players at our Discord server and the Puck Buddies Community Hub. We’re interested in seeing what kind of player culture emerges and excited to see members of the Puck Buddies community surpass our skills in the game as we focus on making it even more fun for them. With a multiplayer title that can have so many different gameplay setups (e.g. input devices, number of players, local and remote play), the feedback we get helps us fix issues and shape the experience for needs we might’ve been unaware of.”
Read more

Ready to conquer that couch? Puck Buddies is a hockey-themed local multiplayer game that combines the best elements of hockey, minigolf and squash into ricocheting party action. Outwit (or bodycheck) your opponents, pass the puck around with your teammate(s) and make beautiful trick shots off the walls in differently shaped arenas designed to serve your innate trigonometric desires! ...Or just bump into everything, if that's your jam.

Puck Buddies is controlled using only the primary analog stick and the face buttons of a gamepad, allowing for approachable, instantly fun gameplay that raises volume levels in otherwise peaceful neighborhoods to new heights. Beneath the game's hospitable surface lies a sky-high skill ceiling that will enable you to ruin family get-togethers for years to come! Puck Buddies also includes AI functionalities for solo & odd-numbered gameplay sessions.