“I've chosen Early access as a way to gather as much feedback as possible for the finale release in Mid 2023. Since it's release to this platform in Jan 2021, the game has grown heaps in both scope and bugs solved. Why am I charging then? Little Blackbird Studios is made up of three artists. Any little bit of support goes a long way to helping the project reach it's goal.
Matt Tardiff- Illustration, Animation, game design, story, director and sound designer.
Chris Wilson- Game design and programming
Megan Carnes- Composer”

“The Early Access version is currently much shorter than the final release which will shoot to be at least 4 hours.
During production I'll be adding
”

“This version of the game is currently a 30-40 minute playtime intro to chapter one.
During Early Access I'll be updating with new features that'll only be available to those that purchase the game.”

“Yes. The price will increase a little after leaving Early Access. Those that support and purchase A Crooked Heart at the Early Access price of 5.99 will get the final game at no extra cost.
They will receive a final version of the game a week before release.”

“The main reason I am releasing the game for Early Access is to gather feedback from players. I want people to enjoy their experience with A Crooked Heart. And feedback from the gaming community is one of the best ways to do that.
The best ways to reach me are at
1. acrookedheartgame@gmail.com
2. The discussion forums”


Read more
Notice: A Crooked Heart requires a controller in order to play. Playing with a keyboard and mouse isn't supported.

The release for A Crooked Heart is still set for Mid 2023. Even with these updates, you're still playing an Early Access build of the game.
Purchasing the current release will give you the game at no extra cost. Plus you'll be able to follow the progress and have access to new, playable updates along the way.

A Crooked Heart is a traditionally animated, action and puzzle packed, side scrolling adventure game. Our heroes, Lulu and Orion, are two small but brave Corgis fighting to protect the gentle Arothians from the world devouring Ravan. After Orion is captured, Lulu sets out on a mission to save her love, free the Arothians, and to destroy the menacing Ravan, once and for all.

This is the UI that'll pop up when you press pause. It's important for me to place clues and information in the game that is part of the environment. This keeps me from inserting those pesky tutorials. 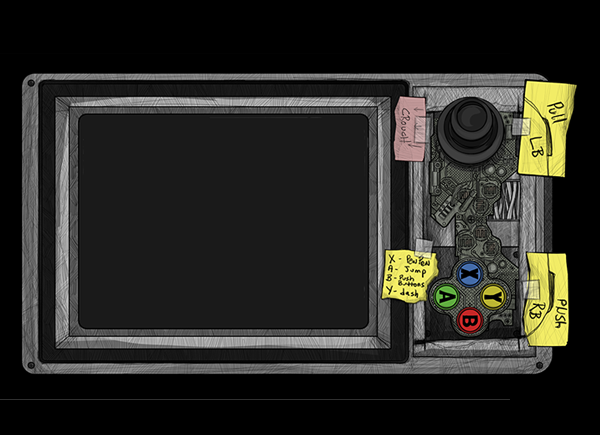 Me and the girls 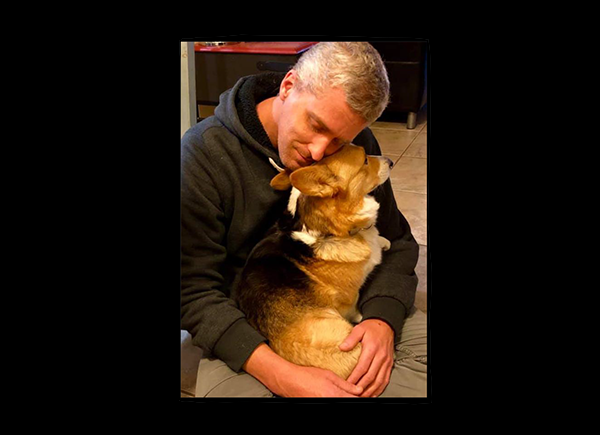 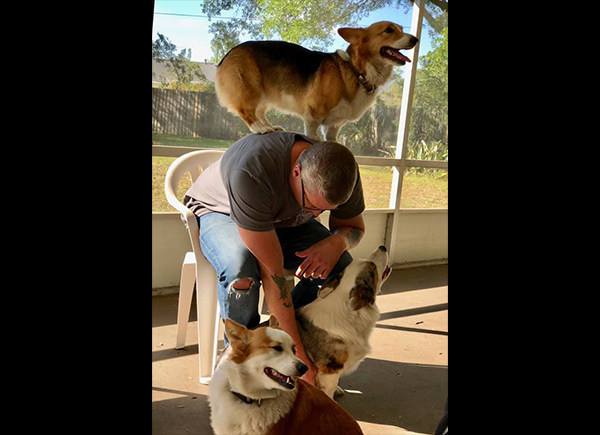 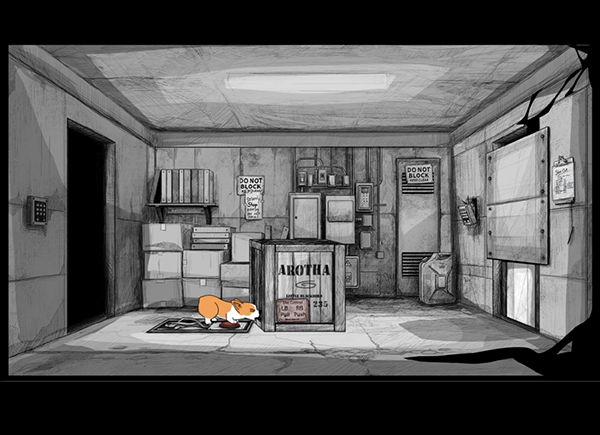 By using the contrast of black and white backgrounds, it gives me the chance to direct the players eye with either light or a small bit of color. This could be a button, highlight to show a hole or switch.
In this image, there'll be a crate on the lower right just slightly covering the green button. The player has to push the button to open the hatch. She'll pull the crate, press the button and the light comes down. 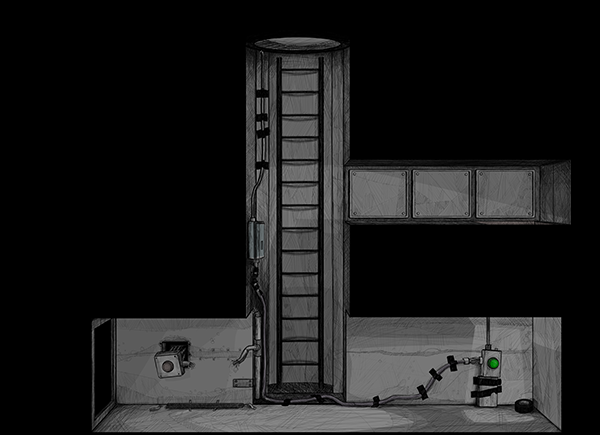 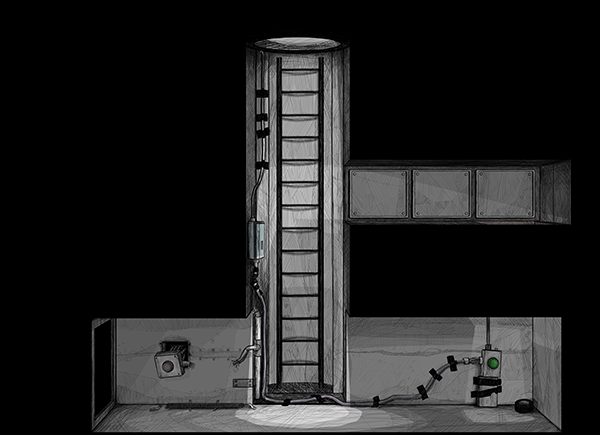 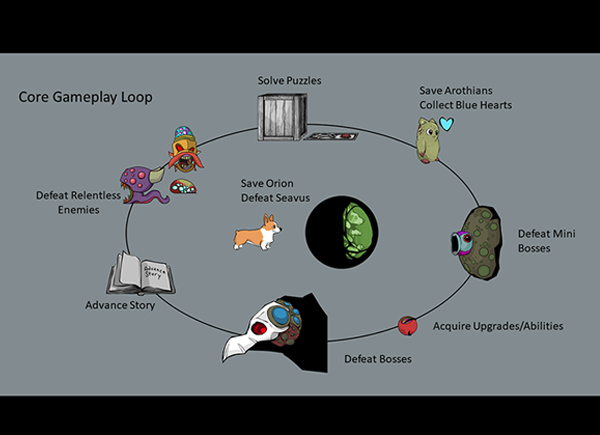 I have about 7 rooms in varying sizes and purpose that I build each scene off of. Every room uses one-point perspective.

Rooms that were built using the templates. 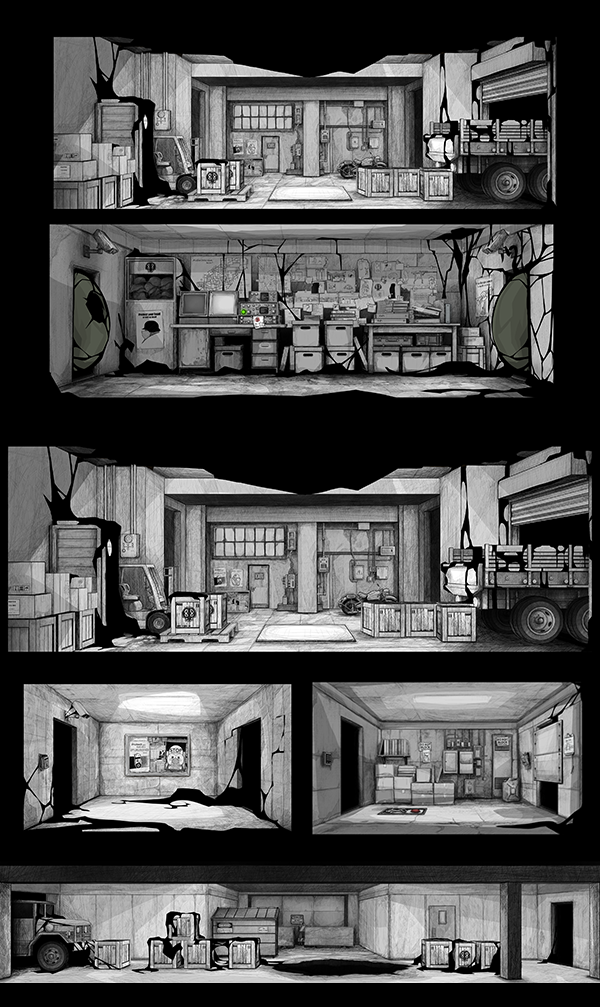 All characters, environments and other assets for the A Crooked Heart are ©2021 Matt Tardiff and Little Blackbird Studio