Tower of Heresy is an Rpg Action game, with a fantasy setting and extensive and explorable maps. Choose a class and get ready to challenge the pitfalls of the tower among terrifying monsters and deadly traps. Will you be a slave of the tower or the Monarch?
All Reviews:
No user reviews
Release Date:
Developer:
Rattingham Studios
Publisher:
Rattingham Studios
Popular user-defined tags for this product:
RPGMaker Action-Adventure Difficult Dungeon Crawler RPG Pixel Graphics Story Rich Hack and Slash Gun Customization Dark Fantasy Adventure Atmospheric Retro Singleplayer Action Roguelike Action Indie Action RPG
+ 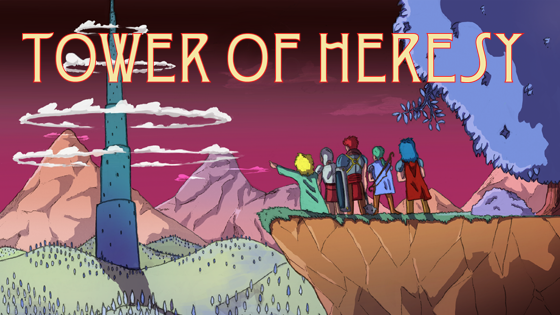 Walk inside the Tower of Heresy as a prisoner of the tower and make your way through monsters and wild beasts, looking for the reason for your awakening in this mysterious place.

Equip the best items and armor for your adventure, exploring each crevice and hiding place in search of secret treasures.

The game is a retro-style action role-playing game with exploratory elements and difficult fights that reward the player's responsiveness and choice of action.

It also includes a weapon and a special ring that will allow you to lock the character level to increase the challenge level.

How soon will you be able to finish the game?
You are invited to post your speedrunner and explorer ventures to the community, exploring every corner of the tower in search of hidden treasures, and powers to make your character stronger and stronger.

If you want to test your skills as a player, Tower of Heresy is the title for you, both for those who love rpgmaker games and for those who are not used to playing them.