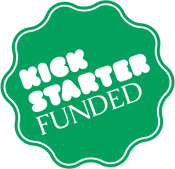 “Knight's Tale was initially funded by a Kickstarter campaign, and we plan to keep involving the community in the development process. We will take this time to iterate features, balance changes and more, together with our backers and Early Access players, to make sure that they receive a fine-polished product by the time of the final release.”

“We're planning to be in Early Access for around 3-7 months.”

“New features will be added regularly during Early Access, with most of the story campaign becoming available in the final release.”

“The current Early Access version features the first two maps of Chapter One of the story campaign and multiple random maps.”

“Yes, the price of the game will be different after it leaves Early Access.”

“We've built a community during our Kickstarter campaign, and we'd like to further extend this community via Steam Early Access. We'll keep posting regular updates on all our social platforms (Steam, Discord, Facebook, Twitter, Instagram, YouTube, Twitch and our Neocore Community Forums), react to user feedback, answer questions on a daily basis and hold regular Q&A streams on our Twitch channel - similarly how we did during our previous projects. User feedback to particular gameplay elements will play a very important role for content updates and for the final release.”
Read more
This game is not yet available on Steam

You are Sir Mordred, the nemesis of King Arthur, the former black knight of the grim tales. You killed King Arthur, but with his dying breath, he struck you down. You both died – and yet, you both live.

The Lady of the Lake, the ruler of the mystical island of Avalon brought you back to end a true nightmare. She wants you to go on a knightly quest. She wants you to finish what you have begun. Kill King Arthur – or whatever he has become after she took his dying vessel to Avalon.

King Arthur: Knight’s Tale is a Role-playing Tactical Game - a unique hybrid between turn-based tactical games (like X-Com) and traditional, character-centric RPGs.
Knight's Tale is a modern retelling of a classic Arthurian mythology story filtered through the dark fantasy tropes, a twist on the traditional tales of chivalry.
The story campaign puts a huge emphasis on moral choices, which have significant consequences in a rogue-lite structure, adding extra tension to the tactical and management decisions.

Control a small team of heroes and fight grueling, but satisfying battles with a deeply engaging, tactical turn-based combat system.

No one can face the nightmare alone - gather an army of loyal knights, settle disputes and forge your own path

Whatever you do, you will shape your legend, but all your choices will have severe consequences.

Witness the Arthurian legend like you never have before - rich in content and presented with the highest graphical fidelity to date.