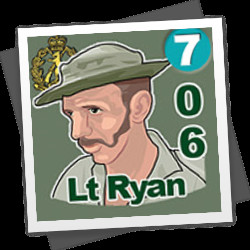 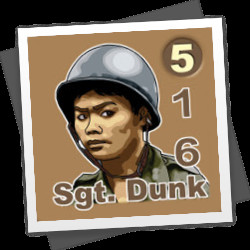 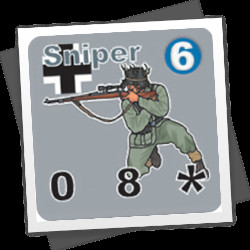 “Our digital squad-level tactical game is based on our award-winning squad-level board game series Lock 'n Load Tactical. We want to allow our community and the public the chance to provide us with as much feedback and input into the game system while we are still doing development.”

“Our plan is to expand the game with additional features such as extended enhanced sound effects, voice-overs, additional weapons, unit types, weapon systems, nationalities, special events and a battle generator that allow players to design their own scenarios from different forces and time periods.

We will gradually release battle packs that will add between 8 to 12 scenarios from many conflicts, including the World War 2 Europe theater, Pacific theater, and North Africa theater. We also include different conflicts such as the Vietnam War, the Falklands War, and World War 3 NATO vs Warsaw Pact, the Conflict in Afghanistan and if that is not enough a Sci-Fi Space Marine conflict. We have also highlight famous battles such as Kursk, the Battle of the Bulge, and the Libyan Civil War to name a few.

Throughout the development, we will be enhancing the User Interface and improve the AI tactics”

Currently, the game is fully playable with AI and offers a limited multiplayer mode, meaning that not all scenarios are available to be played in Multiplayer mode yet. The other limitation is the number of available scenarios.”

“The game price will increase as more battle packs are added.”

“Currently, Lock 'n Load Tactical developers are very active on the forums, Discord and Facebook gathering feedback and bug reports to improve the game. We will work with the community to ensure the best gaming experience we could provide. There is an in-build report system in the game that allows better community reporting. Also, players can communicate on the Steam forum or our forums at https://forums.lnlpublishing.com/forums/lock-n-load-tactical-digital.20/.[/b”[/i]”
Read more
Check out the entire Lock 'n Load Publishing franchise on Steam

“Plan and Simple, this Game is a lot of Fun, Go Buy It.”
Waz

Lock ’n Load Tactical series is a dynamic squad-level tactical combat computer game based on the award-winning board games of the same name. LnLT series centered on infantry combat from the 1930s to the present. With unparalleled artwork and an impulse-based game mechanic that keeps the player constantly involved, each action-packed firefight plays out cinematically.

Our game manual and module booklets can be viewed online, downloaded and our tutorial videos viewed on our Online Library site at http://library.lnlpublishing.com. Our game manual comes in a variety of formats for free, these include PDF, EPUB, MP3 (YES Audio), and MP4 Audiobook formats. Our manuals have lots of examples to illustrate the game mechanics. Our motto is “Play the Game, Not the Rules”. We understand that the best way to learn a game system is to be shown. We achieve this with our extensive play-list of “boot camp” training videos, available on YouTube, that walk you through the entire system rule by rule.

The gameplay is fast and furious and decisions need to be made quickly. Tactical leadership is key. Unique Skills enhance effectiveness. And out of the intense fury of a firefight, a Hero may be spawned a Hero who can turn the tide of battle and save the day for your side.

Infantry combat is central to LnLT, but besides Squads and Half-squads, we have Weapon Teams armed with mortars, heavy machine guns, and anti-tank guns, there are also tanks, armored and non-armored vehicles, fixed-wing aircraft, and, in the modern-era games, helicopters. Individuals such as Leaders, Medics, Snipers, and, of course, Heroes, complete the forces available for each side.

Whether you are a fan of World War II, Korea, Vietnam, World War 3 NATO vs Warsaw Pact an alternative history of the Cold War turned hot, in 1985, and Sci-Fi with Space Infantry Tactics. We have many DLC available and our DLC Battle Generator with Scenario Edition puts the power into the player's hand to make any type of scenario or campaign possible. The Lock 'n Load Tactical series has you covered with a variety of time periods, locations, and forces. It’s squad-level tactical combat at its best!