逃離地獄邊緣 - Escape from the cursed convent

Escape from the Cursed Convent is an adventure game, filled with rich storytelling which includes several game play styles such as qte,puzzle solving and more.It is a story driven by saint,freedom and faith which is located in a 16th century Catholic church...
All Reviews:
No user reviews
Release Date:
Developer:
Kim Shyuen
Publisher:
迷糊的安安, HeyBox Games
Popular user-defined tags for this product:
Adventure Free to Play RPG Female Protagonist Story Rich Puzzle Indie
+

Escape from the Cursed Convent is a derivative work of the manga 'Hengoku no Schwester'
It is an adventure game, filled with rich storytelling which includes several gameplay styles such as QTE, collecting system, puzzle solving and more.

An occurrence at a catholic convent, which is located in Holy Roman Empire；The 16th century Europe which is filled with faith,and Witch Trials.

Adeline, a serf whose mother was wrongfully accused as an evil witch and making a deal with a demon.
During that period, the Witched Children are sent to the Claustrum Convent for the re-education of sorcerers.

However, it turns out that the convent is another living hell, where torment and execution are considered to be redemption.

Adeline and her friend Helena decide to escape from the cursed convent.
And so, the story driven by saint, freedom and faith begins... 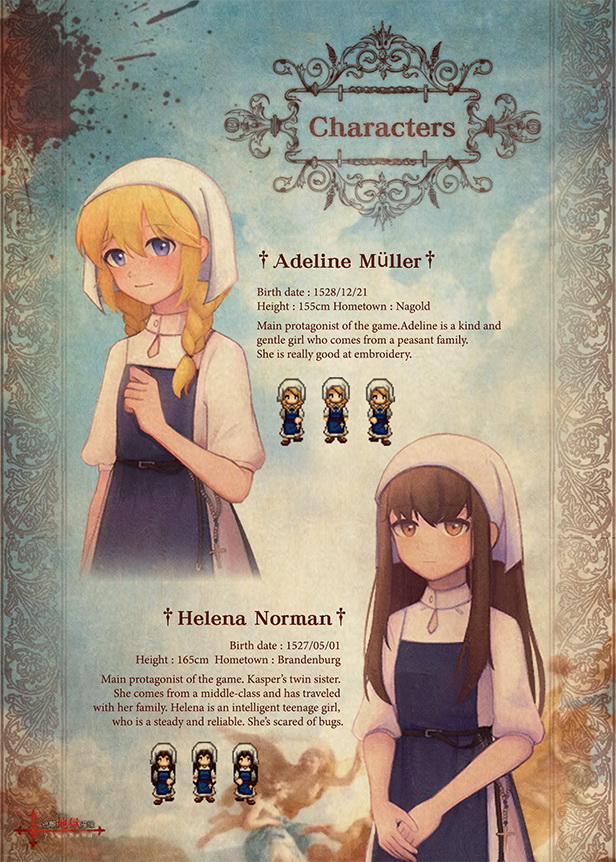 *More information will be announced soon*