“We decided to launch Terra Randoma as an early access game because we see this as an opportunity to get feedback from players that can help us improve and fine tune the game.”

“We plan the following features:
”

“Early Access version is fully playable and fairly stable. It features the following:
”

“Early Access version will be cheaper than full version.”

“We value community feedback, and hope to interact through Twitter and Steam forums. We frequently post devlogs and always keep the community in the loop. We welcome feedback and suggestions throughout all the development process.”
Read more

“What I really appreciated above anything else is the fact that Terra Randoma tries to represent a “new kind” of roguelike: very accessible for novices but also very enjoyable for hardcore fans of the genre.”
turnbasedlovers

“The first exploration of the magical lands of Terra Randoma left us fully satisfied.”
ilvideogioco

Terra Randoma is a turn-based tactical roguelike RPG. The game is bringing a modern touch to the authentic roguelike experience. Your character is a new comer to a procedurally generated island full of dungeons, quests, curiosities and adventure. Once you step foot on the island, you decide where to go on this open world and meet challenges along the way.

The enemies are varied and require different tactics to deal with. The encounters, quests, loots, battlefields, dungeons are all random. The settlements prosper, live on, or decline, and your actions have an effect on them directly or indirectly.

You will fight your way through your own emergent story, and gain experience, gold and fame, while you discover the ancient evils that threaten the island. 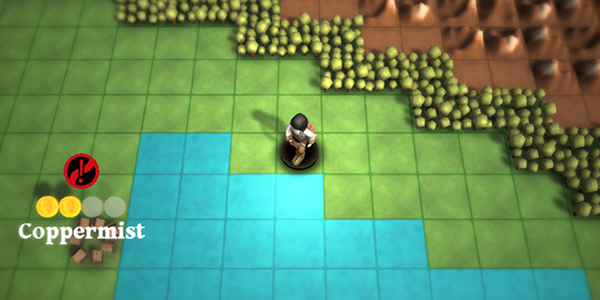