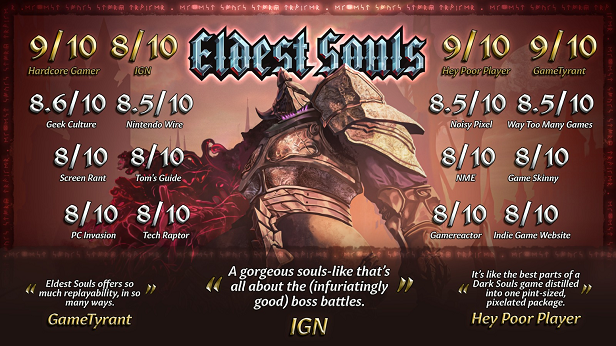 Eldest Souls focuses on only the toughest and most engaging of combat encounters - the Bosses! - with each Old God presenting a new and unique challenge for the player to overcome… with fitting rewards for those who triumph!