“A well-written story about persistence and loss, with a unique setting”
Reccomended – Morning Will 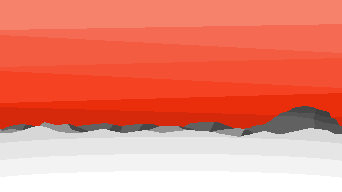 It's been a ride, I've been working on a game about Western Alaska since 2015 (RIP BISC) and been working on ThreeStep specifically since early-2018. Working on something this personal and intimately me is really taxing, and Maria could tell you a hundred stories of me nervously pacing the apartment mumbling about mechanics or story beats or panicking that I wasted my time on a bad game. In the end, I'm really proud of what ThreeStep is and how it turned out.

That being said it is the spookiest month, and since I love monsters, ghouls, skeletons, and all kinds of kitschy Halloween stuff, so I wanted to update ThreeStep with something spooky for ThreeStep's content update. Frigid Hellscape is a small extra mode following the killing of Jackson during the Story of ThreeStep, once you've killed him (and made sure he was dead) you'll get a new main menu and a new mode available.

Thanks to everyone who bought ThreeStep, hope it's as enjoyable to play as it was rewarding to make.

ThreeStep follows the exploits of Sadie Kalasrade, a mother and ex soldier who returns to her home region of Western Alaska to hunt invasive wolves and grieve a loss. Survive the elements, collect bounties, hunt and forage for food, connect with other inhabitants of Western Alaska, and find a reason to go on.


ThreeStep was designed and developed by Wyatt White (CakeNeq Games) in Bethel, Alaska and features Music from Michael White