The MC, Mayi, who has lost her memory, was found in a cave by the production team coming to build a village in this area, and then lived with them and participated in the development of the village together.
All Reviews:
3 user reviews - Need more user reviews to generate a score
Release Date:
Developer:
Yima VLG.
Publisher:
Yima VLG.
Popular user-defined tags for this product:
Casual Action RPG 2D Platformer 2D Pixel Graphics Anime Cute Colorful Drama Story Rich Comedy Relaxing Funny Adventure Singleplayer Action RPG JRPG Female Protagonist Early Access
+ 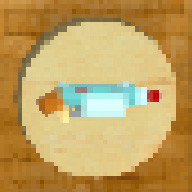 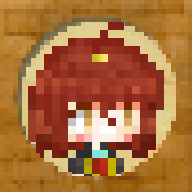 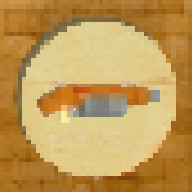 “I'm a sole developer, there have never been enough resources for me to test and making enough content for this game, Now the game has almost been finished after nearly 2 years of development, however, in order to provide a smooth game experience to customers, We need a short time Early Access status to listen to the community feedbacks, getting optimization advices and experience adjustments.”

“About 1-2months. After a few bug fixes and some new side elements added to the game, the game will be counted as finished.”

“I plan to slightly raise the price after the game is finished.”

“The community forum.
I'm just nameless, I guess no one would be interested in a discord server of mine, right?”

Life In Yima is a pixel platform indie ARPG game made by a single lonely indie developer.
This game is filled with rich main and side stories, several mini-games.
It also features:
- Dynamic day-night cycle, which takes an important place in the game mechanic.
- Calendar system: the game records the story of Yima village between April and September.
- Character development: Fighting monsters, Learning skills, Upgrading character levels and weapons, a simplified RPG experience.
- NPC reputation: improving NPCs’ reputations by giving gifts and spending time with them to unlock side stories.

The production team led by the leader of the team – Baohua, comes to build a new village in the deep forest and accidentally find a lost person of unknown origin, the MC – Mayi. After deciding to take Mayi with the team, Mayi witnesses the process of the village from nothing to something as a helper. From the beginning to the end, the appearance of the village will be changed drastically!

There is plenty of time for the game, and Mayi is also a favored one, and does not need to worry particularly about the difficulty of this game - even if she is inadvertently defeated in battle, it does not mean that the game has failed, and Mayi can even return to the game in a stronger form.
(Even skipping time directly to the plot point is possible under certain situations!)

Not only the main stories that must happen at a certain point in time, you can also unlock NPC’s side stories by improving their reputations, along with nearly 30 CGs.
Enjoy the leisure time with villagers~

This Game may contain content not appropriate for all ages, or may not be appropriate for viewing at work: Nudity, Sexual Themes, Strong Language, and Use of Alcohol.
All characters in the game are over the age of 18.