“I've been working on this project non-stop for 5 years, and now that I've set the direction and that I've found a Team of people working together with a common aim I want to make sure this project succeeds!
In these years one of our strengths has been making good use of all the feedbacks from Early Access players, that ended up shaping Princess & Conquest as we have it today.
By working and refining the game constantly, we've made Early Access one of our strongest points!

For this reason I believe this is the way we should follow until the end of the development process, while making the journey enjoyable for our supporters too!”

“What we aim to reach before the release date is:
- 20 Reigns being simultaneously active at the beginning of the game
- Routes and ending for all the main Princesses
- Enough animations and CGs to cover the whole cast”

“The game already has plenty of content to be enjoyed for tens of hours!
In Princess & Conquest you'll find many features you've surely never seen before in an adult game, working in unison to make its fantasy world believable!

- A character generator producing more than 100000 possible NPCs, in more than 15 different races (including kobolds, skeleton, dragons, lamias, slimes, goblins...)!
- A fully working pregnancy system, with its own fertility cycles, genetics system, eggs when needed and adorable round bellies!
- Hundreds of unique items and costumes to customize your game experience!
- More than 400 maps in a world full of secrets and characters to meet!
- Completely original Soundtracks! More than 45 pieces!
- Around 100 quests accompanying your adventures!
- An Action Battle System with stealth mechanics and a lot of unique skills!
- A calendar system, with different events every day!
- 105+ different adult animations, with more added every month!
- 8 completed routes, with MANY more being worked on right now!
- Necromancy! Auctions! Banks! FAMINE! TAXES!

And while all of this sounds fun and crazy we also take care that every mechanic is well integrated and makes sense into our Kingdom!”

“There's always a lot of content being added and changes being made!
Make sure to send me your feedbacks, as we're looking to create something that, as much as possible, can be enjoyed by everybody!

Our aim is to make one of the few Adult Games in which the "adult" and "game" parts weigh the same!”


Read more
Check out the entire CriticalBliss franchise on Steam

$14.99
Add to Cart
Bundle "Monster Girl Madness" containing 2 items has been excluded based on your preferences
View Community Hub
See all discussions

The game has a plethora of adult content ranging from a sweet vanilla love stories to mind break and slavery. With a focus on Monster Girls.

This title also has NSFW animations to support it with over 140+ different pixel animations and cg scenes. We have even more to come down the pipeline!

Long story short, there is something for everyone to a satisfying degree.

Princess & Conquest is a hybrid RPG game where you, the Knight, will have to decide the fortunes of a Kingdom, plunged into chaos after a certain "incident"!

The sudden disappearance of a powerful dragon is the spring for a series of events that will plunge the whole Kingdom into chaos! Now it's up to you to either keep everyone in check and save the land or plunge the Kingdom into a pit of insanity. 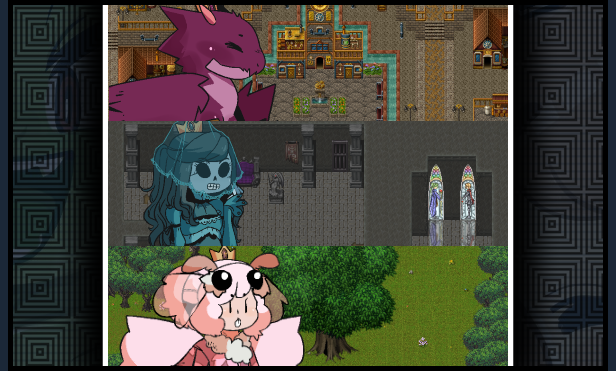 The Kingdom is the huge world you will be adventuring in, with more than 400 different maps and everything a RPG needs: cities, hidden dungeons, secret events laying around, and a lot(!) of NPCs!

The final version of the game will have 20 Reigns (currently working on the 15th) fighting for supremacy, each one of them led by a Princess of a different race or with some unique features!

There's currently more than 100000 possible looks for our characters, across 20+ different races!

There's pregnancies in Princess & Conquest, but that's not the only way to get more companions!


While every Reign is granted to get theirs, many characters that you'll meet around the Kingdom are missing their own lineage of NPCs (called Progeny) and can't be bred yet, but we'll keep adding more as development continues!

Thanks for supporting our project! We hope to give you hours and hours of fun!