Wear rings and fight! How many rings can you wear on one hand? In Ring the City, you use rings to fight. Charge the rings and cast powerful magic！Choose your rings wisely and build your own ring squard! Loot the dungeon! Collect powerful rings and discover the truth of the world!
All Reviews:
Mixed (67) - 61% of the 67 user reviews for this game are positive.
Release Date:
Developer:
Giant Games
Publisher:
Giant Games
Popular user-defined tags for this product:
Strategy Early Access Adventure Indie Roguelike
+

“We have finished most of the core gameplay of the "Ring the City". However, there are still a few side system and some of the feature could not be sure to add. For instance, we haven't decide which mode we might add in the future, like "two hand mode", "PVP mode" or etc. It depend on players' comment. Through a whole thought over about this project, we think that Early access is a proper way to make the game more playable. Hope we could provide an ideal version of "Ring the City".”

“First of all, we plan to add one or two new main game mode to our project depends on which one players liked more. Then, some reasonable side system will be inserted as well. Side systems could ideally improve the totle gaming experience by lower anxiety, multiple way to get item, multiple way to arrange equipment(rings) etc..”

“Almost All rings in completed version.
Almost All Core system included.
Lack Animation and other detail performance.
Not so good balance set (probably).”

“Price will be the same.”

“We will update news and discuss about new game mode "two hands" and "PVP". Read players' comment, analyze it and decide which one we need to add in the release version.”

“Fresh gameplay and interesting ideas, this is a card game with a very differentiated experience.”
游戏时光VGTIME

"Ring The City" shows a story of an unknown town named Krana. A Dungeon appeared out of nowhere. The rings found in the dungeon gives the wearer the power to control elements and living things.

Adventurers accompanying pets, the influx of animals, the burrowing creatures of the caves, and the underground unknowns also pick up the rings, gaining great strength and wisdom, hindering and slaughtering the adventurers. 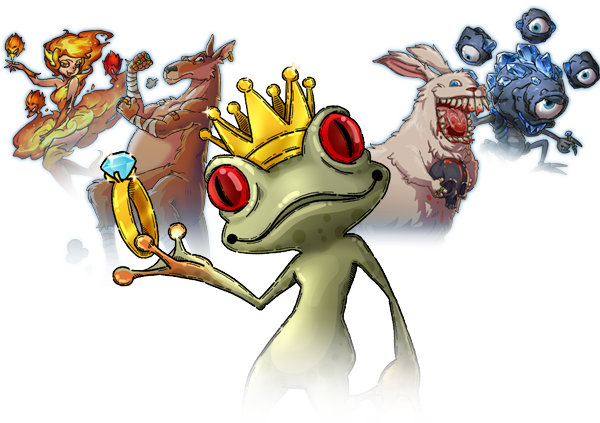 Greed leads them to keep digging down. What is the truth? What awaits us at the bottom?

The game is heavily populated with battles between the "ring users":
Battle between "ring users" will be "hand-to-hand". Once player had decided a move in a round, enemy will make his move in the same time.
To guess and try to counter enemy's attack is the core idea of the battle.

Choose your route wisely in dungeon:

Leave your message about anything you want to tell us in Community Hub, we'd love to hear from you.
contact：unixit@163.com