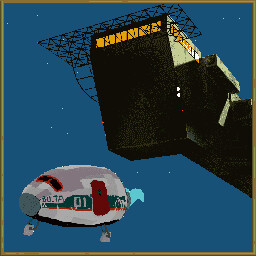 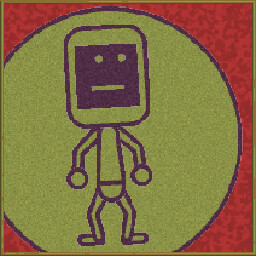 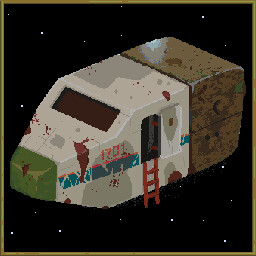 “We would consider this game READY! at this point but I am pretty certain I would face-palm myself when feedback, game play videos from actual people would surface - "How did I miss that? Why did not I think of this?"

So, to prevent embarrassment and produce quality RPG game, we want to include you - actual gamers - in our development process. Gather feedback about how you play the game, what you like and don't; and then tweak and shape the experience accordingly.

We've been working on this game just two of us for years and now we are excited to see it enter another phase of development, one with - hopefully - growing community. We are committed to see it through and bring project to proper conclusion.”

“We expect around 5-7 months after EA release. But, of course, that may have to be adjusted depending on scope of needed improvements and required fixes.”

“The full version should provide a much more polished experience along with a set of quality-of-life improvements as well as some bonus content.

After the EA period, the game should have:

These changes will follow concept inch wide miles deep - it will expand upon the existing story, and game areas, giving players more options, and more player agency in the same story constraints.”

“You can complete game with all the planned multiple endings, solve quests in 3-8 different ways. All of the planned NPCs are there. However, there are probably bugs and much needed UI/interaction improvements that need to be addressed. Besides, we would like to add new characters, new ways to complete the quests and new endings based on player feedback.”

“We plan to raise the price for final polished product upon completion of EA phase.”

“We hope the Community would help us improve and adjust the game, help us see flaws and highlight possible tweaks. No tester can better reveal potential problems or needed features than actual player.

We will follow Steam Discussion board closely for feedback and suggestions. Additionally, we are reaching out in certain specific communities, e.g. RPGCodex, NMA message boards, rpg_gamers subreddit etc.”
Read more

This is the most important part of the game - you can play whatever character you wish, play however you want to. You can be smooth talker, sneaky hacker or brawling bully; or something else - it's your choice: distribute the points in character creation and make decisions when playing.

But once the character has been created, be ready for not only abilities but also limitations.

For example, characters with low CHARM value will find that often NPCs won't even talk to them because of how repulsive they are; or speech - if low, that means you are a shy introvert, unable to initiate the dialog yourself. Lacking computer skills (scitec)? You accidentally crash terminals when trying to use them. Low tinker? Tools might break in your inept hands. Sometimes even too much is not good - too strong (PHYSICAL) and you cannot squeeze into vents thus unable to make use of some shortcuts. And so on - your character stats will signifcantly affect your gameplay style.

There are always multiple ways to solve problems (quests), usually tied to your character skills and abilities - play to your character's strengths, work around its weaknesses. For example, if you cannot convince someone to help you, hack his computer and blackmail him. Or just straight-up pickpocket the guy - all items are always realistically placed in NPC inventories.

Note: there are usually 3-8 ways to complete a quest in the game. They can trigger related events in near future or lead to a different ending in the end slides.

Your actions, your decisions matter to the game world. Make an enemy, you may need him/her later on. Opt for an easier solution to the current problem and you might have to deal with a bigger problem later. And in the end, you will get a unique game ending showing you the future fate of your character and those who he/she impacted through gameplay.

You have an objective but how you approach it - it's up to you; the game map is as open to you as reasonably possible (it's a stranded spaceship after all) and there is no single true path to the end. If you know where to go, what to do - you can try to sequence break the game. Combine that with multiple solutions to every quest and you've got freedom to spare.

You can complete the game without killing anyone. In fact, combat is completely optional. But if you want to fight - there are no immortal or "essential" NPCs - everyone everywhere has finite amount of HP and is fair game.

The game contains occasional moderate violence. Characters can un-equip all of their clothing and then they appear naked. The hero can engage with certain NPC characters in sexual intercourse (textual representation), granted it has the right character stats and makes the right decisions.