“We want to have the players get involved earlier as we plan to continue developing content and improve experience for the game.

We'd also like to collect feedbacks from you as soon as possible regarding to the connectivity since the game features online multiplayer mode.

The game is fully playable already with a bunch of maps and a single player mode. We definitely want to have you along the way as we continue improving combat and adding more content as planned.

We appreciate all your bug reports and performance issues during this period. We can't wait to hear from you.”

“We appreciate all your suggestion and feedback regarding to the game and any bug report. And we'd like to adjust our development plans according to player feedbacks and comments.

You are very welcome to leave your comment in the review section, as well as to follow us on social media and join the community.”

Rascal Fight is a multiplayer arena brawler with a casual and cartoonish touch. You'll have an exciting combat experience against other players in challenging environments as a rascal.

As a party game by heart, the game supports both online and local battle with up to 4 players, where you have to fight til the end to be the ultimate winner.

You are expected to engage your opponents with melee attacks, as well as an arsenal ranging from various weaponry to everyday-items such as baseball bats and fly swatters. Countless of items and gears spawning from the stages provide players with plenty of choice.

Players can jump, dash, perform charged attack, and even jump up walls, which all form an escalating combat dynamics of 4. Over 30 distinctively themed stages provide various options to battle with tailored weapons and items pool. You and your friends are promised to have a fun time and hilarious moments.

Oh did I mentioned that, the game also features a challenging single player campaign for those who lost their friends because of the multiplayer battles?

Either online or couch, have fun with friends in multiplayer mode! For each set of game, 5 randomly picked stages are presented for players to battle and gain points in order to climb up the tally.

Not enough already? One more round!

Apart from the conventional weaponry, the game also features a series of creative and rule-bending items to aid your combat. Prefer hard fists or being a self-claimed sharpshooter, or use disguise and let others battle each out? It's all up to you and you will surely be rewarded by experimenting with different combinations of weapons and gears.

You could never know what's up next! With distinctive themes and mechanics, each level provides player a scenario where they can harness the gears and contraptions in the stages to their advantages against the rivals. And remember to explore the many secrets that lies within.

Keep the fight going on after you are knocked out, by harassing your friends with gadgets, and even stealing the party from the winner at the awarding podium. Can you hold on to that trophy?

Progress through levels by completing objectives in the Single Player mode, where intricate mobs and fierce boss fights await you! You'll also get a chance to understand what happens in the world and everything behind it. 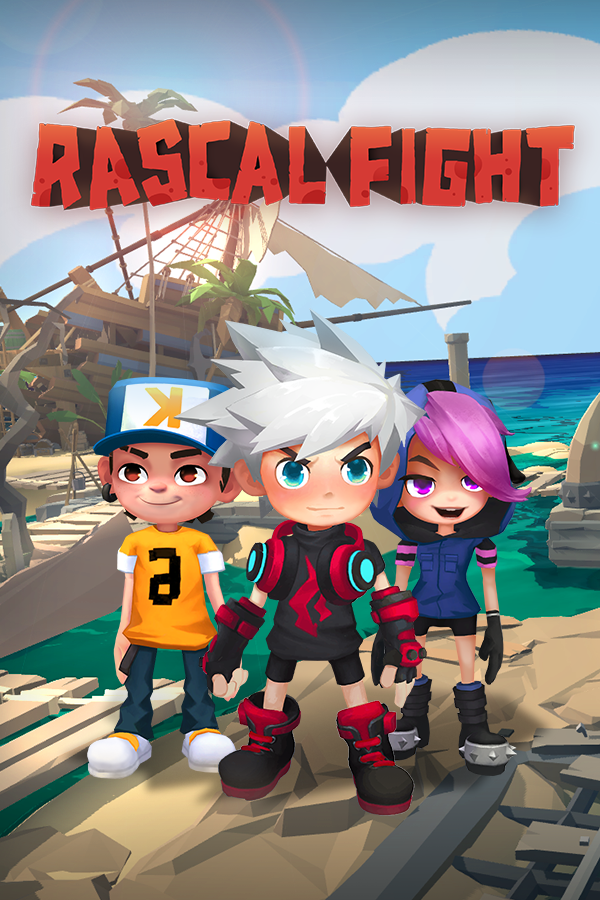