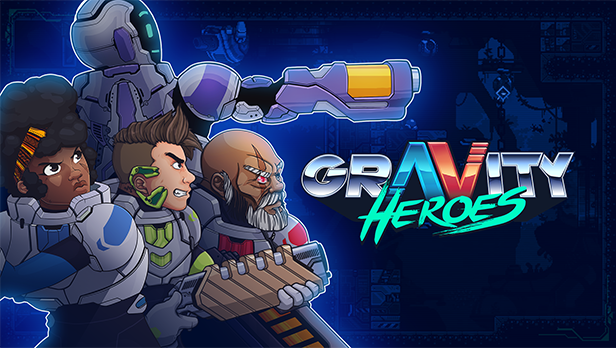 Control your character's gravitational pull and fight hordes of robotic enemies on the ground, walls or ceiling. Fuelled by 80’s and 90’s nostalgia with an electrifying soundtrack and stylistically popping pixel art style, Gravity Heroes offers chaotic fun playing either by yourself or joined by up to three others locally.

Travel across 15 different stages and investigate the reason behind a mysterious synthetic revolt.
Play solo or team up with up to three friends and battle your way through the story. 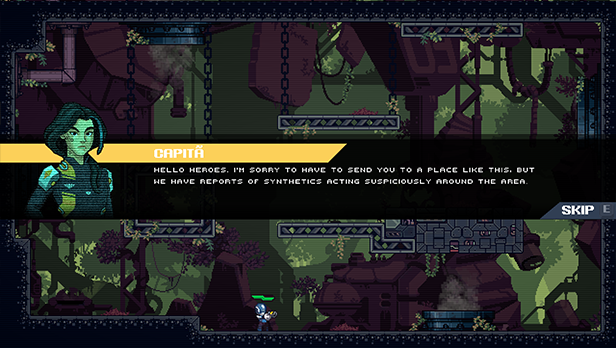 Grab your friends, pick your characters and either go head-to-head in Versus mode, or join forces to see how long you can survive the horde in 'Survior' mode. 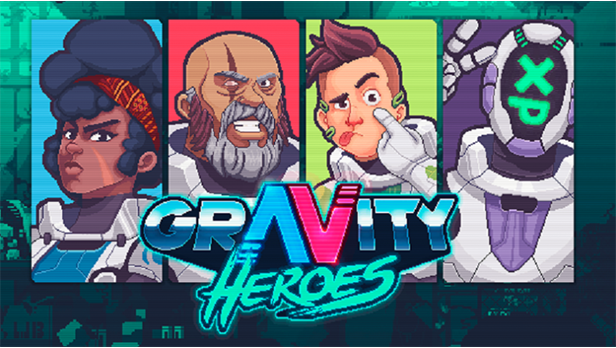 Use the 'Gravity Shifter' as you change the direction of your gravitational pull to walk and slide on ceilings or walls!

Discover the meaning behind a robotic uprising.

Take your place as a member of the 'Gravity Heroes' as you investigate the mysterious reason behind a broken peace treaty between humans and robotic-beings called synthetics in Story mode. Play solo or team up with up to three friends as you take on synthetic hordes and colossal bosses.

Experiment with everything from heat-seeking missiles to bouncing projectiles. A diverse method of attack is needed for an equally diverse robotic threat!

Go head-to-head with friends in versus mode

Grab your friends, pick your characters, customise the rules of your match and go head-to-head in this chaotic couch multiplayer game mode.

Team up with friends in Survivor mode

Choose up to three of your friends and see how long you can withstand the hordes of corrupted synthetics in Survivor mode!

© 2020 Studica Solution. Licensed to and Published by PQUBE Limited.