Favor Chess
Developer
Javissoft
Publisher
Javissoft
Assemble your own unique chess army to use against your foes. Use new strategies and pieces to compete against players around the globe in a game of pure skill, where cleverness and adaptation are rewarded.
All Reviews:
Mixed (39) - 69% of the 39 user reviews for this game are positive.
Release Date:
Developer:
Javissoft
Publisher:
Javissoft
Tags
Popular user-defined tags for this product:
Tabletop Strategy Chess Free to Play
+
Reviews
All Reviews:
Mixed (69% of 39) All Time

Assemble your own chess army to use against your foes. There are over 50 unique pieces to collect in the game, with more to come!

There are more rules and ways to win, including an additional row on the board behind your setup called your reserve: You can put extra pieces in it to bring into the battle later. There are also tokens, a new type of piece that grants you abilities or changes the rules of the game without being on the board. Units have several unique abilities that make the game play much differently from traditional chess. 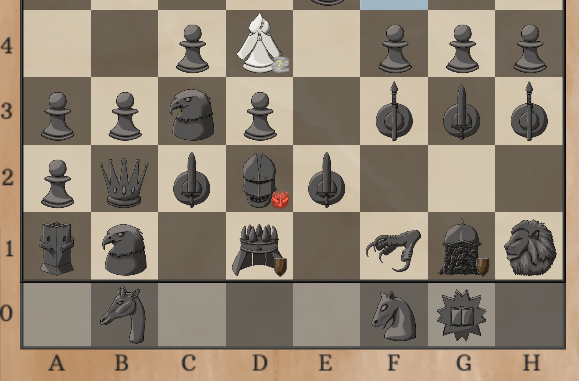 The rules of the game change depending on which tokens you pick for your army. Start with a whole extra row of pawns, create a knight at a weak point in your opponent's defense, or change the win condition to include capturing all of the opponent's minions.

Favor Chess retains chess-like design, and there are no hidden pieces or random elements inside matches.