“PR: Far from its cutesy appearance, RB: Axolotl is a visual novel with dark undertones and a plot centering around finding your place in the world. It's interesting, but it made me quite anxious. 6/10”

Taking place in a tank suspended upon a cosmic wonderland, five axolotls appear one day from a mysterious, thundering void. They quickly learn they are able to speak with one another, and relationships are formed. However, something is off. Each axolotl seems to possess knowledge they should not know. Foods, and people, and places and concepts...

Amid conspiracies, illnesses, fights to the death, VR headsets, and bizarre reality switching, a figure named [RB] seems to be pulling the strings behind it all.

•Variety is the spice of life, and with RB: Axolotl you never know what to expect! There are more realities out there than just the tank...

•Press ‘S’ at various points in the story to perform the world's greatest somersault!

•Dynamic movements bursting with personality! Each animation is handcrafted with care and love, and no scene looks the same.

•Plot twists, revelations, and hefty battle scenes are in store for those who take their first steps into the tank.

•A catchy OST by a variety of artists.

Surely, there are many things that can be said, but RB: Axolotl is unlike anything you’ve ever seen before.

This is an emotional tale that I built with all the passion and love in my heart.

Despite its cute art style, the visual novel RB: Axolotl is intended for mature audiences only. 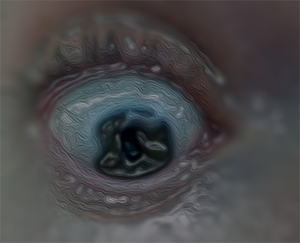