Tsumi is a small arena-type action game where you try to survive as many waves of monsters as you can. Slash your way through the foes and delve into some dark secrets of this world.
All Reviews:
8 user reviews - Need more user reviews to generate a score
Release Date:
Developer:
Team Overbloom
Publisher:
Team Overbloom
Popular user-defined tags for this product:
Action Indie Hack and Slash Singleplayer Beat 'em up Atmospheric Fast-Paced 2D Funny Casual Cute Great Soundtrack
+

Monsters are numerous and tough but the die is already cast. Run! Dodge! Attack! Test you reflexes in the bizarre beat' em up madness. Elusive Shopkeeper will aid you... if you are able to pay for his help.

By the way, try to get home not too late. At least sometimes. 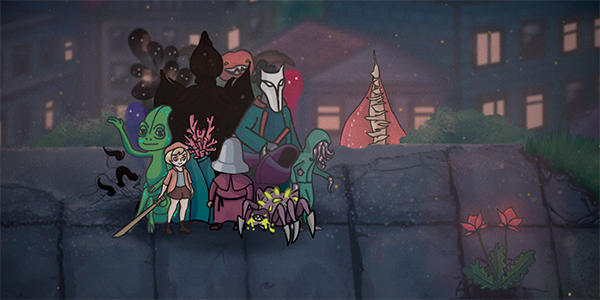