Be the Ruler: Britannia 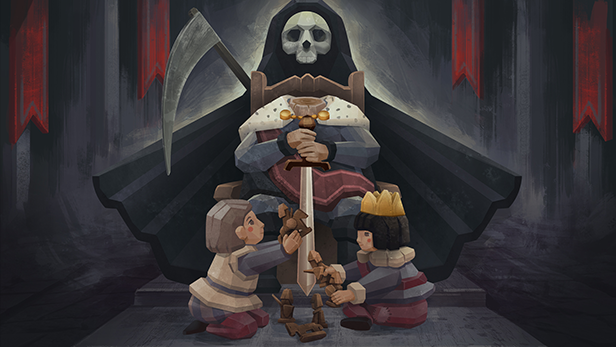 In this game, it's up to you to create your own story. Be the Ruler is an RPG in which the player takes on the role of a king and leads his dynasty through the ages. Every decision has its implications in the living world. Similar events can have dramatically different consequences. What kind of king you are determines what you can do in the world. Whether you prefer diplomacy, intrigue, conquest - it's up to you.

To make Be the Ruler a true Choose-Your-Own-Adventure game, we built a living world where events happen regardless of your decisions. Your actions can influence them - often in unexpected ways. The elements of a living world consist of:

- Randomly created nobles and other NPCs before the start of each game, with different attributes affecting their actions. Noblemen will marry, build their dynasties, and have their own goals. How you respond to them (or not) will determine the consequences of your actions.
- Other kings have their own policies - conquests, alliances, state expansion.
- You have unique relationships with each character in the game. These relationships are affected by your history, as well as how you relate to a particular group (i.e. nobility, priesthood, family).
- If you choose to take action, the consequences will be felt in every aspect of the game - your resources, your relationships, the consequences of your decisions, the options available to you.

You, as king and as dynasty - create your own history in the medieval era.

- Start a family and create a dynasty - raise your descendants. Beware of your siblings, who are waiting to trip you up. Beware of romance.
- Manage an early medieval kingdom based on personal relationships with your vassals. Solve their problems, judge them, punish them. Build relationships based on trust or power.
- Create alliances, conquer provinces.

Welcome to the world of early medieval England. Many small kingdoms, which were formed on the ruins of the Roman Empire and the migration of the Saxons to Britain. You will be the king of one of them - Wessex. There are many castles to visit and conquer, towns which will pay you tributes. Mines that give you currency and farms that supply you with grain.