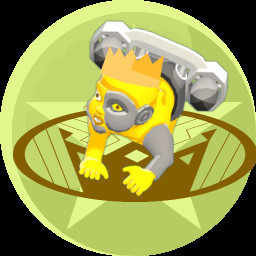 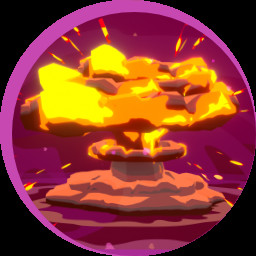 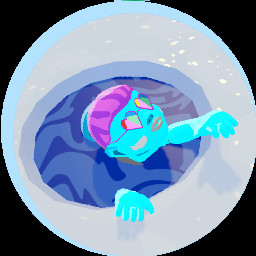 “Ohhh this is hilariously f****d up!”
Person at an event

“That´s awful - I love it!”
A redditor called Dont-Tell-My-Mom

“Wow! There's no way I could market this on mobile!”
Anonymous Mobile Executive

Are you ready to get run over by a roller coaster cart? Drowned in freezing water? Teleported into a slightly different position? Being delightedly confused?Pushed and shoved by your closest friends? All this before you even learn to walk?!?! If your answer is a big, aggressive YES, then welcome to Nutfarm's first creation - the not-at-all-as-nasty-as-it-sounds party game, Exploding Babies!

The game is a simple-to-learn one button arena blaster with a surprisingly thick layer of tactics. Thicker than your fingers can handle, probably, after all the crusty snacks you make yourself consume while playing this beautiful thing! CHEESY POOFS!

Invite your friends over, grab a few drinks, forget about the fact that you're kind of killing babies, and have a blast!

In the current version we have 5 game modes (check below for details), 6 maps with versions for different game modes and 7 messed up baby characters.

The game modes in Exploding Babies are our babyfied takes on several classics. We have a LooOOoOOOOoong list of game modes planned, which will be implemented through free updates based on the game's success.

In v.1.0, we have the following game modes implemented:

Acts of comic violence - this game is about exploding babies. Depictions of alcohol abuse.