A co-op platformer fighter game made with real photos, featuring our beloved character Keshia Erasia and his friends. They have risen from the rubbish and they seek for adventures. Invite a friend (you can also play alone if you don't have any friends) and play as your favorite rubbish! WOW!
All Reviews:
2 user reviews - Need more user reviews to generate a score
Release Date:
Developer:
Yu Chao
Publisher:
Yu Chao
Popular user-defined tags for this product:
Indie Early Access Casual Action Adventure RPG Platformer Co-op Local Co-Op Experimental
+

“This is a solo project and it offers 2 player co-op mode, so well, I can't play-test the 2P mode fully. So there are probably some bugs in the co-op mode.

Also, there is no background music right now, since my music creator is preparing for exams.

Lastly, I originally planned on implementing 10 heroes. However, after making 5 heroes, I was completed burnt out. Maybe I will make the other 5 heroes someday, maybe I won't. We'll see.”

“Probably half a year.”

“- The background music will be added.
- Maybe 5 more playable heroes. (This is not guaranteed.)
- Welp, bug free.”

“Since it is a solo project, I don't have enough time to fully play-test the game. Therefore, I believe there are still plenty of bugs creeping in the dark corners of my game. I hope that I can receive bug reports so I can fix them. (If you encounter a bug, please capture a screenshot and post it on the Community page.)

Also, all feasible suggestions on game mechanics and other aspects which makes the game more fun are welcome.”

A co-op platformer fighter game made with real photos, featuring our beloved character Keshia Erasia and his friends. They have risen from the rubbish and they seek for adventures. Invite a friend (you can also play alone if you don't have any friends) and play as your favorite rubbish! Exciting, eh? 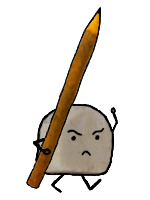 Keshia Erasia was once the happiest eraser in the world. His owner Bobby had always placed him inside an exquisite aluminum box after using him. Though becoming smaller everyday, Keshia still enjoyed the time with Bobby…until one day, Bobby tripped on a crossbar and dropped his aluminum box on the sidewalk. The pain was enough for Bobby to forget the aluminum box and left. Keshia thus became just another forsaken rubbish on the side walk. Depressed, angered, and ERASAAAIED! Keshia picked up his companion Pencil and founded Knights Rubbish because why not? He planned to recruit other poor rubbish along his adventure. 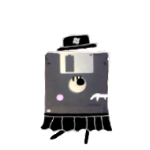 Wendy Floopy was once the 6th installation floppy disk of a famous operating system. However, then came CDs, USB drives, and well, cloud downloads as replacements of floppies, so her owner Bobates the Software Engineer tossed her in the recycling box without another glimpse. Bored, Wendy’s biggest interest became collecting CDs in the recycling box.

One day, Keshia Erasia, the founder of Knights Rubbish happened to pass by and fall in love with Wendy, but Wendy refused Keshia because he is ugly. Nonetheless, Wendy and Keshia still remained good friends, and Wendy became a crucial member in Knights Rubbish. 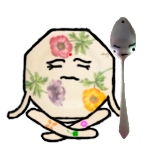 Ranawato Plato was once the most beloved plate of a famous philosopher, Bobus. As bad luck would have it, Bobus committed suicide due to the pain of existence. Ranawato then became an unused plate on the shelf (aka. rubbish). Overwhelmed by sad emotions, Ranawato dreamed of her deceased owner every night…until one day, a handsome spoon came and introduced himself. Ranawato thus forgot her past owner and ran away with the spoon. It turned out that the spoon was not only handsome, but magical. Ranawato realized that she could actually communicate with the spoon by telepathy and the spoon could do a lot of magical tricks. Together, they roamed the world, performing magic tricks and impressed some depressed souls. 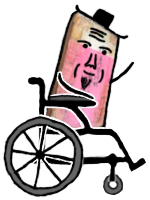 Othox Codox was once a magic codex written by the famous sorcerer Bobbington. Unfortunately, Bobbington was executed because homosexuality wasn’t legal then. All Bobbington’s precious publications were torn and ripped, some burnt in the merciless flames. Othox, though almost ripped into shreds, called for the Blessings of Rabimouchinus and granted a wheel chair to aid him. He practiced the magic written inside him as he ran away from the murderers and gradually became one of the greatest magic codex in the world. The founder of Knights Rubbish, Keshia Erasia recruited Othox because Knights Rubbish lacked a mage. 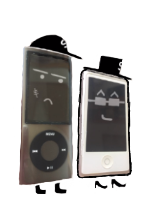 Sirurueruerue Senyesuensuesue & Sugsesugsem Sosas were once the best selling mp3 players. However, smart phones became a thing and they were thrown into the recycle bin by their owner Bobs. They joined the local gang inside the bin and became the SS brothers (even though they had no genetic ties). The gang leader Big Brother had good relationship with the founder of Knights Rubbish, Keshia Erasia, so he referred the SS brothers to Keshia. After one technical interview, one behavior interview, and one on-site interview, Sirurueruerue and Sugsesugsem finally became members of Knights Rubbish. They discarded their former title “SS brothers” for transitional justice’s sake.