Falnarion Tactics
Developer
Team Syukino
Publisher
Team Syukino
Falnarion Tactics is an SRPG that is reminiscent of classic Fire Emblem games. Take control of Felm and Momo as they separately lead the group of Shelminai into war alongside the allied kingdoms of Kessania and Inelda against the Garfarian Empire.
All Reviews:
Mostly Positive (16) - 75% of the 16 user reviews for this game are positive.
Release Date:
Developer:
Team Syukino
Publisher:
Team Syukino
Tags
Popular user-defined tags for this product:
Strategy RPG RPG Strategy Anime Female Protagonist Turn-Based Tactics Turn-Based Strategy
+
Reviews
All Reviews:
Mostly Positive (75% of 16) All Time

Check out the entire Team Syukino franchise on Steam

Explore a world filled with ancient wonder and excitement. A world where the strong willed survive and the weak perish. An unjust world that seeks control, but cannot contain it. A broken world that desires change. Join the cause and become apart of history to change the world of Nerfelo forever. An untold story awaits you in this harrowing tale of war. As the remaining protectors of the realm clash against the Gafarian Empire, who, if anyone, will be left standing?

-Level each unit individually to level 20 with a class change option for some at level 10.
-Earn bonus points during main story missions and side quests and use to purchase items or towards leveling.
-Various shops to purchase a wide variety of Weapons, Items and etc.
-A durability system that provides limited usage on all gear, prompting you to use your skills wisely.
-A revival system that allows you to bring back your fallen teammates with an item.
-Weapon triangle system for a combative advantage.
-Extras section with unlock-able character bios, soundtrack, and picture gallery.
-Several side quests to sink your teeth into.
-Main story with 12 chapters.
-Engaging turn-based combat system.

Long ago, Nerfelo was once a bountiful and thriving world that has remained at peace for hundreds of years. All was beautiful and intact. Peace and tranquility flourished throughout the land. It was heaven. Unfortunately, that only remained until one day when the great Garfarian Empire came and pillaged the land. In the wake of war, hope was dwindling and all was thought to be lost. The allied Kingdoms of Kessania and Inelda are all that are left to stand in the Garfarian's way. That is, until a rebel group calling themselves the Shelminai emerged. 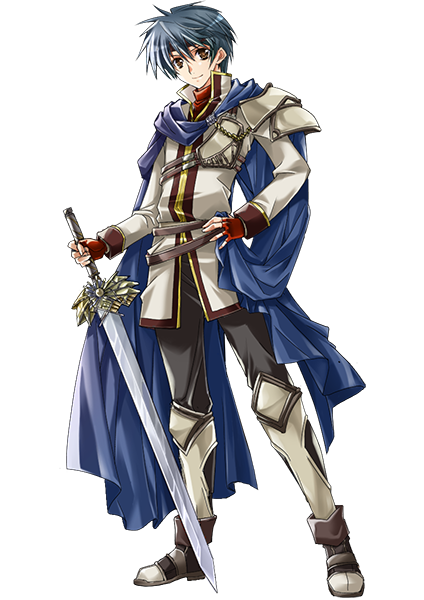 Felm is the respectable leader of the Shelminai and son of Marclex, a war hero from a shattered past.
He seeks to stop the Garian empire and rid the world of injustice all while trying to track down his father's killer. 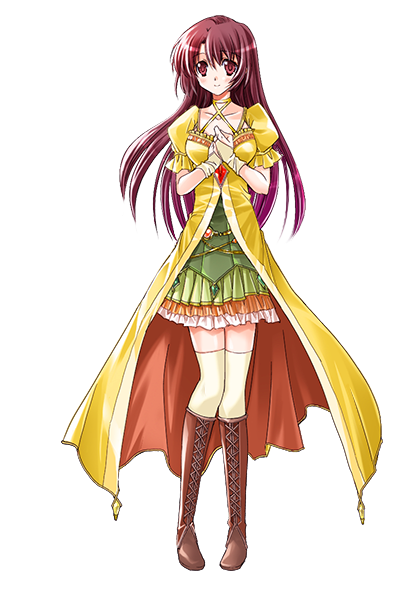 Momo is a benevolent Priestess and sister to Felm. She uses her kind heart
and soft-spoken words to help heal the ailing hearts of all she comes across.