“We want to give you an opportunity to try this game at its not quite final stage, as we want to know if the current setting and gameplay is interesting and balanced enough. All the base core mechanics of the game are completed and playable, but, nevertheless, there is plenty work to do! So we will be happy to gather early feedback and any possible suggestions that will be considered during the work on the subsequent grand updates.”

“In the post-Early Access version we will add:
• Many new Issues and Characters;
• More interesting system of goals: instead of single endgame fork, the hero will undergo a series of bifurcation points, as his or her career will be growing gradually;
• Short-term goals - as the story will become more non-linear, you will have to plan your words and actions more carefully;
• Reworked conversations in the form of classical text quest mechanics;
• Multiple locations - you'll be able to explore the office and start conversations in different locations.
So, as you can see, the plans are great, and the game will change greatly after the implementation of all these features.”

“Currently you participate in the office meetings and discuss various important Issues. There are about 80 different issues and 8 possible endings where your hero gets the job that fits him or her best, according to the character's stance with various colleagues.”

“The price of the game will be increased, as it will obtain new features and expanded content.”

“We are strongly interested in forming a solid community that will provide us with decent feedback. So our community managers will be watching, reading and responding to all questions and ideas. Also, as the game has rather comical nature, we will take it into account and will be performing some funny community-oriented events and actions in social networks!” 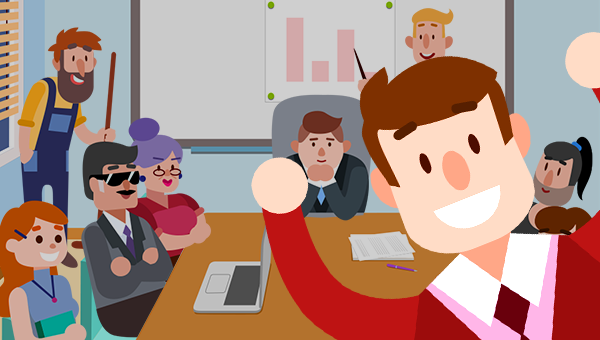 In this game you will become an intern of a transnational corporation. Your colleagues are complicated people. Every day you will have to participate in various discussions. Be careful, one wrong step ... and you are laid off!

Your plan is to participate in discussions, to win boss over and to get a promotion.

Each discussion requires one of four response options. Each option will somehow affect the attitude of colleagues towards you.
The fate of the intern depends on your choice! 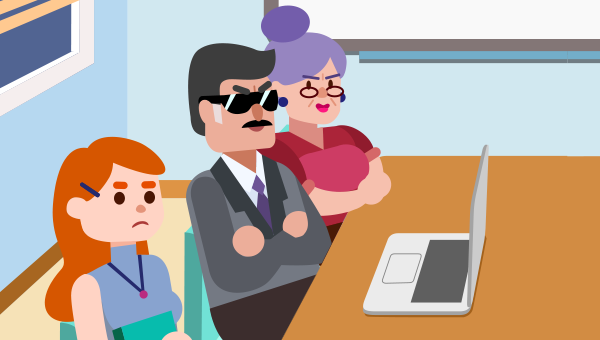 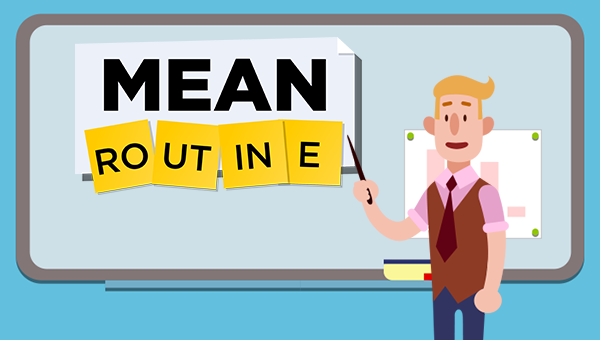