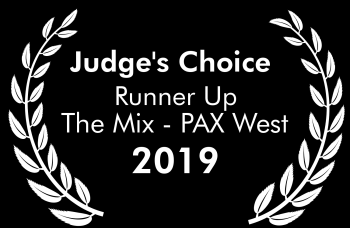 “It's been 8 years since the last significant contribution to the skateboarding genre by a big publisher. As an indie, we chose to spend the last four perfecting the thing that really matters for a new big step in the genre - the gameplay and controls.

Now we're confident we have something of value at the core of the product, we'd like to start the discussion with the community, to include them as we roll out our road map and plans to build more content and features over the next 24 months and beyond.”

“It's hard to make predictions in development, but until us and the community are happy with delivered core features.”

“The full game will eventually include more skateable content all based on / inspired by parks and spots from the West Coast, video editing and export, character customization, more skaters and gear. Note these are NOT features available in early access but are planned for full launch at a later date.”

“One complete area based on the historic "West LA Courthouse" skate spot, one character, core gameplay & game mechanics and tutorial menu. Note that this initial spot is complete but also compact, and was chosen to allow us to focus on gameplay depth for Early Access rather than building level content.”

“We plan to increase the price of the game as more features are introduced.”

“With careful consideration, we have been testing and incorporating feedback into the design process since the start of development. We will be considering and involving the community in every step from here forward and communicating when and why we make each key design decision.

We welcome any feedback or thoughts about the game and can be reached at info@easydaystudios.com.”

Skater XL is an evolution in skateboarding games.

Experience unparalleled board control and responsiveness while you skate legendary real-world skate spots. Style your tricks the way you want, from the way you flip the board to the way you move your feet. Feel connected to your board like never before.


Style and Control: With new ground breaking and intuitive controls, skateboarding in a video game has never felt more authentic, fluid, and responsive. Style tricks any way you want and make every trick and line your own.

IMPORTANT: This game REQUIRES an Xbox 360, One, PS3 or PS4 compatible controller to play. There are NO keyboard controls available. It also requires a DirectX 11 or above graphics card.