“We want to create a game with good graphics, good gameplay and really make the player feel in a magical world. We always like wizards very much in games, and we decided to create our version of a game that we can play using magic to battle.”

“We plan to add several other scenarios, characters and game modes.”

“The game has the characteristics reported in "About the Game".”

“The price will be adjusted.”

“We plan to be attentive to players' comments on the game page, Steam forums and their tools.”
Read more

Magicae Mundi is a fun and action-packed game that brings a completely online and different experience for your players, in which you fight in PvP arenas using spells!

With good optimization and beautiful graphics, the game allows you to use several types of spells, each more beautiful than the other. 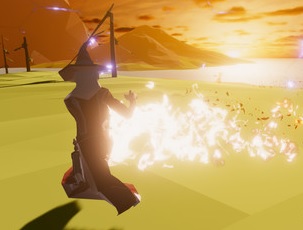 Upon entering the battle arena, you have a few options for elemental spells in the lower right corner, such as fire, water, earth and others. You can use them and also combine them to form other spells. It is also possible to make the character dodge and use defensive spells, such as magic shields or healings.

An example of a combination of spells is that you can combine healing magic with fire magic to dry the character when it is wet. Or you can combine the healing spell with water, putting out the fire on the character's clothes that are under the effect of some spell that burns. You can also increase your speed if you want!

Some spells cause the character to be paralyzed, or frozen, for example. This brings several combat strategies to the players. 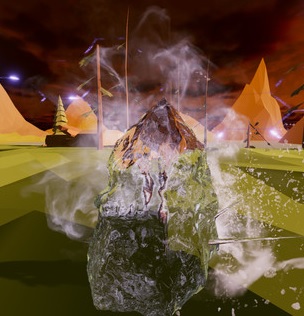 Before the battle begins, you have the freedom to create the game in your favorite scenario, choose to play alone against other players, against robots, or as a team with your friends. There are several servers around the world, which you have the option to access!

When purchasing the game, get ready! Use your strategy, cunning and skill to defeat your opponents, before they defeat you. The winner is the last to stay alive!

° Multiple servers around the world to provide a great connection
° Choose scenarios, characters, PvP game modes and spells
° Magicae Mundi is a game still in development. Help us make it even better!