“This game really looks like an AAA title and that's amazing! It's about opening up your mind, exploring your inner self and getting graphic about it.”
Fast Paced Reviews

This game simulates explicit sex with visuals and sound, and features human and alien characters with various sexualities and genders.

"There is no game but what we make."

This is a creative simulator, not a game. Build (or choose) your characters, and then they have sex. Simple! If that sounds good, read on...

Want to have sex with aliens, robots, space marines, anthros, monster girls, and cyber punk babes? Just pick who you want from the characters and go for it!

There's no story or puzzles or combat or anything like that to get in the way, so you're free to play with any fantasy you can conjure up. Explore a full spectrum rainbow of sexuality. LGBTQIA friendly!

FLSM comes with a bunch of characters and sex positions, and for even more variety use the included Character Editor to craft your own sci-fi sex dreams.

What do I get? 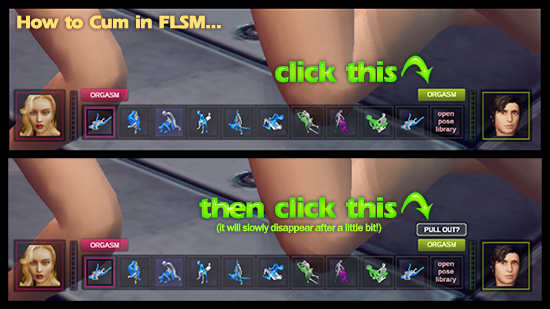