“Vignettes is a toy. And that is why it’s completely splendid.”
John Walker - Rock Paper Shotgun

Vignettes is a unique exploration game without text or characters, where objects shapeshift as you spin them around to wander through a kaleidoscope of different moods and settings.

It is an accessible, colorful experience for all to enjoy, filled with playful interactions and hidden secrets.

Here are some neat things you can do in Vignettes:

This Steam release is a rework of the acclaimed mobile version of the game, with numerous improvements and previously unreleased content. 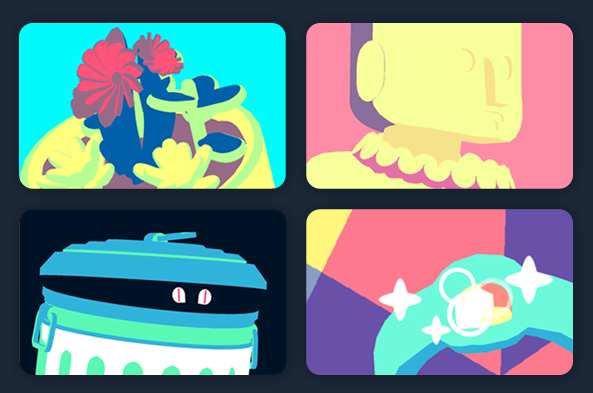