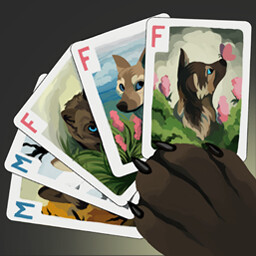 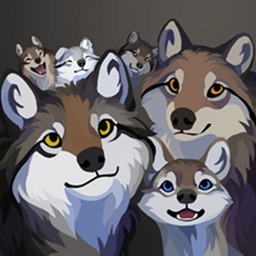 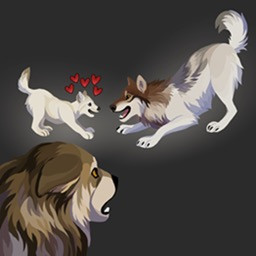 “The Anniversary Edition is a complete remake of the original WolfQuest game, redesigned from the ground up. The game now has nearly all of the originally-planned features, but we have expanded the scope so it will remain in Early Access for awhile longer.”

“The game will remain in Early Access until we finish the remaining features, primarily the Saga. We expect to exit Early Access in 2023.”

“The final version of the game will feature the WolfQuest Saga, which continues the story of the pack! Leave your summering spot and follow the elk herds through the seasons, helping your pups learn how to hunt as they grow to adulthood. Then as the years roll by, raise a new litter of pups, with your yearlings helping before they disperse. (Learn more in the pinned post in Community Hub Discussions, "THE WOLFQUEST SAGA: Where No WolfQuest Has Gone Before.")”

“The Amethyst Mountain and Slough Creek episodes are fully playable, along with the Lost River map. Multiplayer is also available on all maps, and particularly in Story mode (raising pups) in Slough Creek.

“The game is now at it's final price.”

“Throughout the history of WolfQuest, we have always valued our active and engaged community, and we hope to continue that engagement during the development of WolfQuest: Anniversary Edition. The voices of players are important to us, and we hope to collect and use feedback from our community to improve the game, while staying true to the realistic simulator that WolfQuest is.”
Read more
Check out the entire eduweb franchise on Steam

LIVE THE LIFE OF A WILD WOLF

You are a young gray wolf. Born in the Northern Range of Yellowstone National Park, you learned the ways of the wolf in your family pack. Now you are venturing out on your own — to explore, hunt, find a mate, establish territory, and raise your own family.

EMBARK ON A QUEST FOR SURVIVAL

Your quest begins on the slopes of Amethyst Mountain. Here you must test your hunting skills against elk, moose, and mule deer. Once you're a skilled hunter, you can seek out another wolf to become your mate.

Then, together, you venture to Slough Creek, cutting through the the mountains north of the Lamar Valley, to establish a territory and den site and raise a litter of pups. You must feed them, play with them, protect them from deadly competitors, and take them on a cross-country journey to a summer home. Can your little family pack succeed?

Explore WolfQuest's realistic recreation of the Northern Range of Yellowstone National Park — "the Serengeti of North America" — where herds of elk and other ungulates roam the sagebrush steppe grasslands, alpine forests, and magnificent high ridges.

But watch out for packs of stranger wolves, who patrol their territories and don't look kindly on intruders. The wilderness brims with other dangers as well — grizzly bears, cougars, and coyotes — who all vie with you for territory and food.

Our science advisors include some of the top wolf biologists in the world today, who help us keep WolfQuest accurate to real wolf biology and behavior.