A Summer with the Shiba Inu

Syd the Shiba Inu quits her job in Canine-da, and goes to fight other dogs on an Island. What could go wrong? Your choices matter - there are multiple drastic ways to change the fate of Shiba Island, with 10+ variants depending on how you treat the dogs you meet along the way.
All Reviews:
8 user reviews - Need more user reviews to generate a score
Release Date:
Developer:
Quill Game Studios
Publisher:
Quill Game Studios
Popular user-defined tags for this product:
Adventure Casual Indie Visual Novel Story Rich Choices Matter Multiple Endings Dog Psychological Beautiful Mystery Sci-fi Philosophical
+

View
all 30
Title: A Summer with the Shiba Inu
Genre: Adventure, Casual, Indie 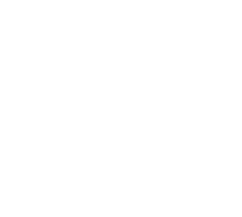 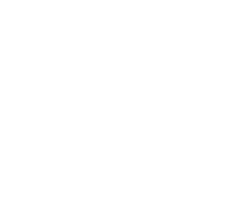 Buy A Summer with the Shiba Inu

“If I had to compare it to any other VN, I would have to say that it’s much more similar to Hatoful Boyfriend than anything else—not only for its sweet, animal-focused exterior, but also for the darker and more disturbing parts of the story hiding underneath. I’m impressed that such a small studio could produce a highly polished and unique game like this on their first effort, and I’m really looking forward to seeing what they do next.”
Part-Time Storier

“Overall, A Summer with the Shiba Inu has a good lengthy story with twists and plots, the altering of reality, and modern themes related to advanced technology and one of the best visual novels I have played.”
Gnarly Guides

“The menus have random facts about dogs, there's a "dog bark button" in the options menu, and I don't really know what else you need to know about this.”
PC Gamer

A Summer with the Shiba Inu is a visual novel with interactive, meaningful choices.

When Syd the Shiba Inu returns to Shiba Island after a ten year absence, she sets off a chain of events that overturns the lives of all the dogs she had left behind. She gets back in touch with her old friend, Max, and along the way meets a mysterious Labrador retriever named Quei-Li. (What’s a Lab doing on the Island, anyway?) They are her only remaining allies as she tries to survive the past that made her leave the Island in the first place.

An emulated instance made so that Reality can be reallocated amongst the dogs of the Island.
This allocation is based on ranking, and therefore how good a dog is.
It could be said that the ranking based on these ARInas maintains the social order.
And it is in my best interests to ensure that I have the highest ranking possible. I will fight tooth and claw for it, because only then can I gain freedom...

Streaming and recording the game is permitted.