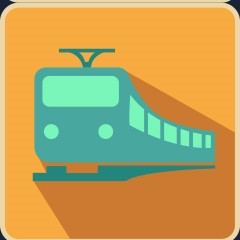 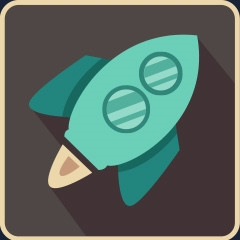 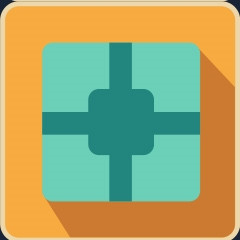 “We believe that involving the community in the game development process is a crucial part of creating a good game. This is especially true in the management simulation genre. Player feedback in the early stages of development is the most important ingredient for finding the right game balance and pacing. The game has reached a stage in which the core mechanics are stable and the most important frameworks are finished. Now it’s about forming the best game experience together. The community is very important to us and we’re excited to see it grow through Early Access and beyond.”

“Our estimated time until the final release is somewhere between 8 and 14 months from the initial Early Access launch. It strongly depends on the expectations and the support of the community, however. It’s also a matter of when we feel that additional features won’t lead to major improvements in the core game experience any more.”

“There are a number of bigger features that we want to add during the Early Access period. We have plans to increase the amount of content in the game continuously by adding new product types, new facility mechanics, and expanding the technology tree. The most important features we will add, however, are a cooperative multiplayer mode and modding support. Of course, along the way we want to refine and balance our simulation and polish already existing mechanics.”

“The core loop of the game is already in place. That is acquiring base materials, crafting and assembling products, and selling products on a market. You can already do some basic facility building and expand your company by hiring new employees. You can design your own robots and adjust their features to increase your sales in the market. There’s also a research system which lets you unlock new technologies and extend your capabilities in production and logistics.”

“After leaving the Early Access period the price of the game will probably be slightly increased to better reflect the completed feature set of the game.”

“We hope to engage in detailed discussions about the direction of Good Company with our community and believe there are several areas the community can help us with. We are always open to feature requests and suggestions for ways to improve the game. We also believe that community feedback is a vital part of shaping the game’s balance and difficulty. We want Good Company to offer a challenge but above all be satisfying to play and allow for interesting player choices. Feedback helps reach that goal and ensures we build a game that can cater to many different tastes and expectations within the simulation genre. In addition, as soon as we have mod support up and running, we want an active dialogue with the modding community to help shape the kinds of tools and interfaces modders want to use.
We make games for people in our community and want them to be a part of our everyday development. Come join us on the Steam forums, Reddit, Discord or whichever platform you use and help us make Good Company the best it can be.”
Read more
Check out the entire The Irregular Corporation franchise on Steam

“Good Company has a really marvellous style and setting, its interface and character design evoking a spirit of industry that’s far from the cruelty and heartlessness of the industrial revolution.”
Rock Paper Shotgun

“If you like a challenge in management, then Good Company will be right up your street. It gives you a large amount of control, but expects a lot back.”
TheGamer

Good Company is an in-depth management sim about building a bustling tech corporation in a world inspired by the trail-blazing spirit of Silicon Valley.

Assemble complex production lines, manage employee logistics, and sell high-quality products on the market to become the best company in the whole county!

Turn a garage into your first manufacturing headquarters and eventually develop it into a leading tech corp. Purchase materials, hire staff and craft a wide range of items as you focus on building an efficient production line that always keeps the goods flowing!

Design new tech products that will conquer an ever-changing market. Focus on in-demand features and create high-quality products - or just squeeze as much profit out of them as you can!

Build beyond your humble beginnings by expanding your facilities, investing in new markets and researching new technology. Manufacture advanced products like robots and improve workflow using the power of conveyor belts!

BE A BACKYARD VISIONARY

Tackle ranked missions and bonus challenge levels in a Campaign mode that follows the story of a local entrepreneur determined to save the economy of their home county! Or carve your own path in an endless Freeplay mode with unlimited possibilities.