This product has experienced one or more periods of off-topic review activity. Based on your preferences, the reviews within these periods have been excluded from this product's Review Score.
All Reviews:
Very Positive (10,945) * - 87% of the 10,945 user reviews for this game are positive.

“We have been involving the community in our development since our Alpha started in August of 2018. We highly value the Early Access process as the design feedback from our community is extremely valuable to making the best game we can.”

“Last Epoch will be in Early Access and receiving regular updates until its release in 2022.”

“In Early Access we'll be focusing on implementing more content, including story levels, classes and skills, and end-game systems, as well as server-side multiplayer. Alongside new additions there will be many changes to existing systems and content to improve the polish and feel of the game.”

“Currently we have the majority of our core gameplay systems and story content in the game. All five base classes are playable as well as 12 of the 15 mastery classes. End game systems like the Arena and Monolith of Fate are available have received several improvements.”

“Our price won't be changing when Last Epoch leaves Early Access. Supporting now lets your voice shape the design of the game, and earns you exclusive in-game cosmetics.”

“We have consistently engaged with our community on platforms such as our discord server https://discord.gg/lastepoch and our forum https://forum.lastepoch.com/ throughout our entire development. We look to community feedback and opinions to help guide our design decisions and make a game that our supporters want to play.”
Read more 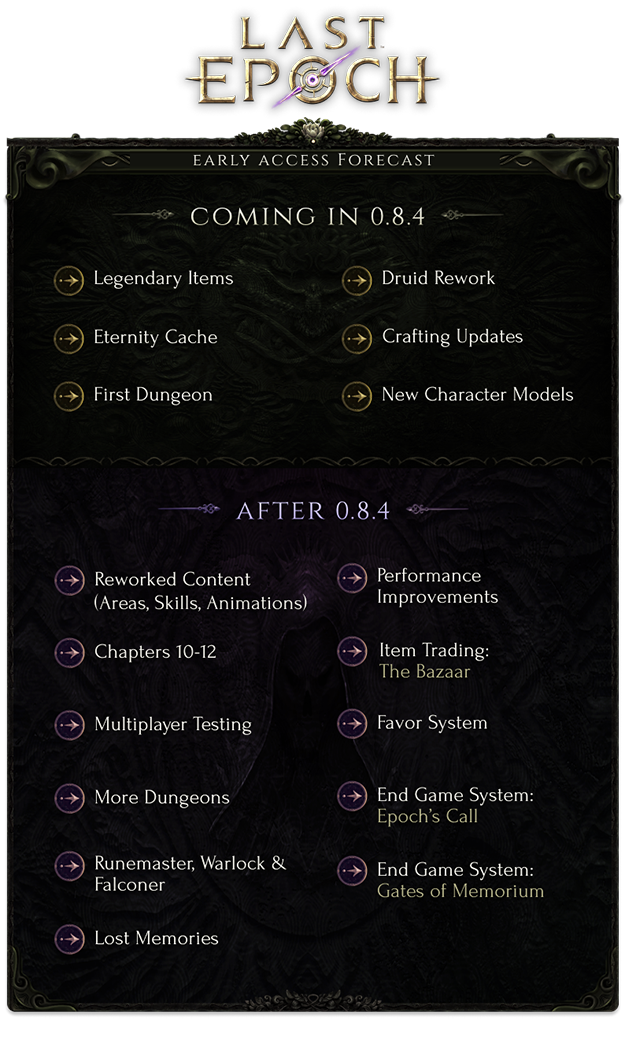 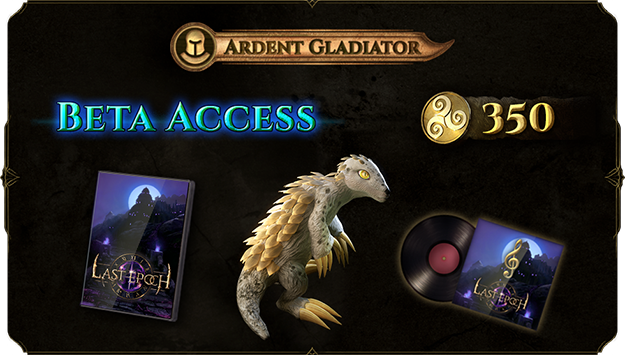 Buying Last Epoch through Steam gets you the Ardent Gladiator Supporter Pack:

Last Epoch combines time travel, exciting dungeon crawling, engrossing character customization and endless replayability to create an Action RPG for veterans and newcomers alike. Travel through the world of Eterra’s past and face dark empires, wrathful gods and untouched wilds – to find a way to save time itself from The Void.