“I found the puzzles in Rehtona to be delightful and just the right difficulty. You’ll get that great “Aha!” feeling of solving a complex puzzle but never feel like it’s too complicated.”
8 – pixelrelated 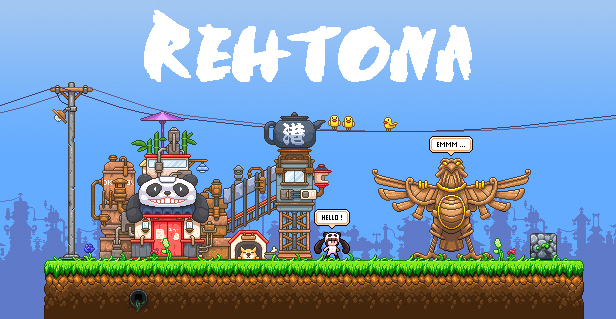 Rehtona tells the story of a girl trapped between two contrasting worlds: the ordinary world, and the World Behind the Gate. After suddenly finding herself alone in the World Behind the Gate, Rehtona collects “memory fragments” (scattered throughout this world) in order to find out what happened – but whenever a complete image is assembled, a memory that doesn't seem to belong to Rehtona becomes imprinted onto her mind ...

Each level features a complete sequence of puzzles derived from the interactions between the two worlds. Players act in one world, and anticipate how it will impact the other world in order to overcome puzzles and find memory fragments.

As she painstakingly collects each missing piece by bouncing between two distinct dimensions, Rehtona’s ultimate quest for the truth may be more than she bargained for – a shocking revelation about herself … and even reality itself. It was just an ordinary day….

As Rehtona chats with friends in the town square, the world as she knows it began to change without warning – and another world appeared to overlap with reality. Suddenly, Rehtona finds herself alone in the town square – and an unfamiliar door appears before her eyes. A weak voice could be heard behind the door … calling her name.

Rehtona musters up the courage to open the door, but she could see nothing but an isolated world beyond it. Then her own world begins to shatter as she falls into unconsciousness.

When she awakes, she realizes that she is still in her own world – but that world has now become empty and isolated … similar to what she saw on the other side of the door. She finds a photo in a picture frame lying in front of her house containing a simple yet mysterious message: “Find yourself...”

This marks the beginning of Rehtona’s journey – one you will not soon forget.

· Face 32 levels filled with clever puzzles based on cause-and-effect mechanics.

· Experience a deep storyline that deals with identity, memory, and the true nature of self.

· Uncover the truth with multiple endings and Easter Eggs. 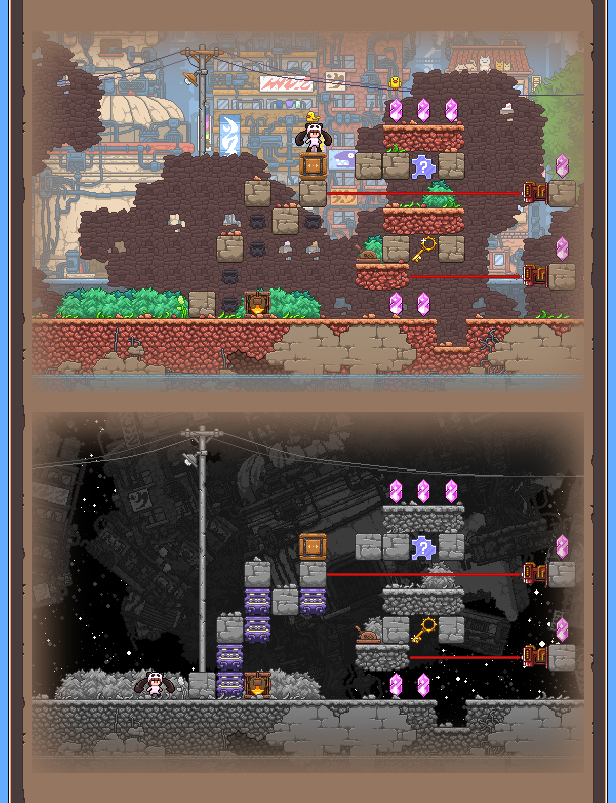