“Decks was born out of a hobby project, initially published as a YouTube video on how to create strategy games in Unity. Since then, the game was has a closed series of tests and steady updates. I see the game as an ongoing project, a platform that can grow reflecting the community suggestions.”

“The core game is scheduled to launch in 2020. Since this is a strategy game with card components, it will continue to evolve beyond the initial release date, with regular additions to maps, cards and gameplay modes.”

“The planned launch features include:
”

“The core gameplay loop is functional. The game currently includes a tutorial, 2 expedition maps (1 or 2 players) and a dragon raid (4 players). It also features a PvP mode, currently using one map. There are 22 unique cards implemented.

Given the early stages of development, there are bugs that I am constantly working on fixing. Some of these can be critical and I am grateful for the testers submitting logs and reports, helping me remove 120+ bugs in the past 2 weeks. The balancing is a work in progress, with some units clearly stronger than others.

Overall, the current state is a functional base prototype, which will be improved on - both in terms of polish and new content.”

“Community is the key pillar of Decks. The current state of the game is a reflection of a closed alpha test - directly taking onboard player feedback. Looking ahead, I hope to involve the community with regular development updates, space for feedback, and community events. You can provide feedback via our e-mail (support@decksgame.com) or in our Discord (accessed through the in-game menu).”

Add Decks to your Wishlist and don't miss the launch week rewards.

Decks is a real-time strategy game with collectable card elements. Theorycraft your favourite combination of beasts, spells and legendary heroes to overcome the challenges ahead. Play on your own, with a small group of friends, or join others to take on the massive boss fights.

Cards let you summon creatures from 5 unique themes (Nature, War, Life, Death, Steam). Each comes with a signature playstyle - from the explosive War, to supportive Life or highly mobile Nature. Mix and match cards from your collection, creating a deck of 10 creatures you bring on your expeditions. With regular updates, the game is constantly evolving and there are always new cards to find. 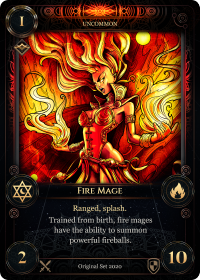 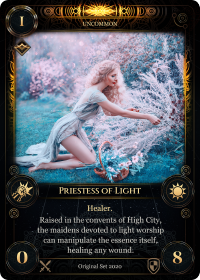 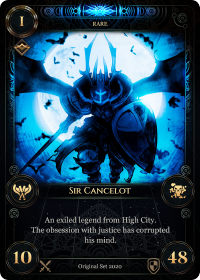 Play solo or with a friend. Expeditions are intended for 1-3 players and include a variety of game modes. Hunt sends you to find and kill all enemies, Defense tests how long you last against hordes of beasts, and Delve has you navigate tight dungeons filled with traps. Complete these maps at your own pace and earn essence to earn new cards. Once you get comfortable, try to beat a timer and place your name on the global leaderboard.

Join groups of 4+ players to take on the most challenging content. Work together, explore card synergies, and outsmart the bosses. These maps aim to replicate the excitement of boss fights in online roleplaying games, with intricate mechanics and a slim margin for error. You will need to coordinate with your allies, bringing decks that complement each other. Where there are dragons there is treasure - those who overcome the challenge will unlock the rarest cards Decks has to offer.

Play against other deck-builders. Pick from a variety of environments and master the unique PvPvE dynamic of Decks. To win, you will need to tactically destroy neutral monsters to spawn cards, while keeping control of your territory and pushing the enemy player back. Climb the competitive ladder and earn trophies, which can then be converted into unique PvP cards you can show off during Expeditions or even Raids.