Cube Universe
Developer
Beosar
Publisher
Beosar
Join the United Planets or the Ancient Empire and fight against the forces of evil - or alongside them - in a procedurally generated universe. Team up with your friends and enter dungeons where powerful enemies will await you. Or just stomp on raptor eggs to get XP for some reason.
All Reviews:
Mixed (10) - 60% of the 10 user reviews for this game are positive.
Release Date:
Developer:
Beosar
Publisher:
Beosar
Tags
Popular user-defined tags for this product:
Indie Early Access RPG Pixel Graphics Sandbox Crafting Open World Procedural Generation Singleplayer Multiplayer Building Survival Voxel Exploration Sci-fi Fantasy Action Mining Space
+
Reviews
All Reviews:
Mixed (60% of 10) All Time

“We want to involve the community in the development process because you, who are reading this, are who we make the game for. We would love to hear your feedback and ideas, some of which have already made it into the game.”

“This game will be in Early Access until it's done, which is strongly depending on how much sales we get as this allows us to hire additional people and speed up the process. The approximate time frame for the release is early 2024 to late 2025. A detailed road map is available on our website.”

“It is planned to add some major features, including battlegrounds, asteroid fields, mod support, and custom maps (community-generated content). Additionally, we'd like to add some more content for already existing features, e.g. more quests, more types of biomes and planets, and so on. See our website for a detailed road map or refer to the "About this game" section for more info.

Since the Early Access release, a lot of features and content has already been added or improved, including dungeons, quests, space combat, and much more.”

“You can already do a lot of things in Cube Universe. Travel through the universe in your own spaceship, fight against strong enemies in 5-player dungeons, obtain powerful armor and weapons, build a house, do quests, explore epic landscapes, etc.
For more information, please refer to the "About this game" section below. Please note that some features currently do not have a lot of content, e.g. there are only about 40 different quests.
At this state of development, you can expect to play at least 10 hours until you have seen most of the content apart from building things like your own house or even a whole city, and exploring, which can take basically as long as you want.”

“We will gradually raise the price as the game is getting more features and content, as well as when the game is fully released.”

“We love to read your feedback, be it positive or critical, since this helps us improve the game. Additionally, you are free to post any ideas in the forums and we may be able to include them in the game.
We will work on mod support soon, so you will be able to create new NPCs, crafting recipes, quests, dungeons, planets etc. We try to make creating mods and content as easy as possible - for most of the content, you won't even need to know much about programming to create it, including items, quests, NPCs, crafting recipes, and even whole dungeons with boss encounters.”

The universe was once peaceful, a place where magic and technology co-existed and everyone strove for the greater good. But then, many thousand years ago, a freight ship crashed on the home planet of the Rok'lin, a primitive species of warriors. Quickly, they studied the alien technology and built an army of spaceships, powerful enough to conquer entire worlds. The few survivors of their attacks joined them in what would become the Ancient Empire. But some resisted, forming a powerful alliance: the United Planets.

Millennia later, the war has calmed down. But distrust lays deep within both factions and fights break out regularly. 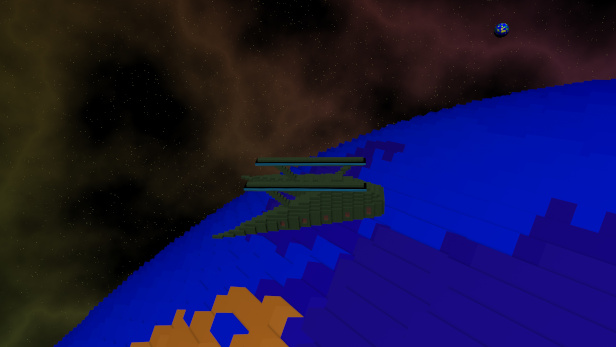 Fly through space with your own ship and fight against enemies. Buy and upgrade spaceships at one of the local space stations. Or beam down and explore many different, procedurally generated planets. 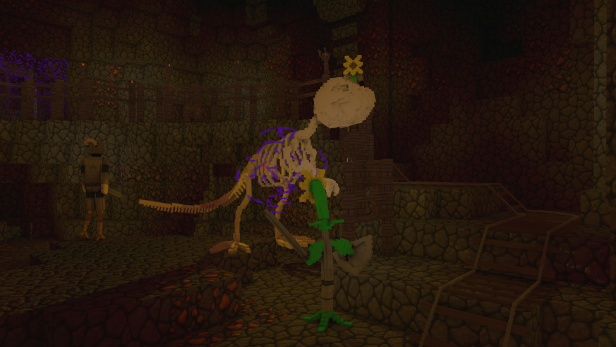 Fight powerful enemies in deep caves and high towers. Be quick and vigilant to survive their attacks. 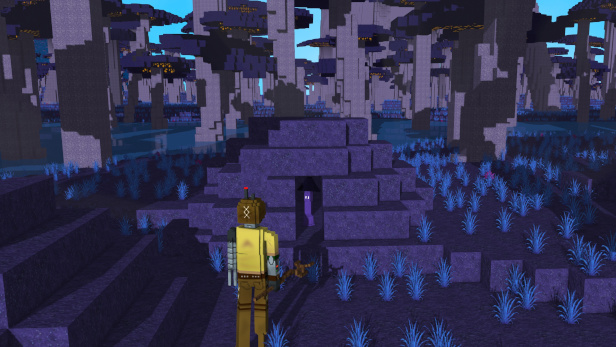 Various people and, apparently, fungi will give you quests that will reward you with experience and sometimes weapons and armor. But you can't trust everyone, so it's up to you to make the right decisions.

Pick one of 5 different weapons, each with unique abilities and talents. Are you a fire mage, a healer, or a protector?

You can play alone or with your friends. Regular dungeons are made for 5 people - but don't worry because NPCs will join your group if it is too small.

Choose a profession and advance it to craft powerful items. Become a tailor, blacksmith, jeweler, enchanter, and more.

Thanks to a custom-made engine, there are almost no limitations: build with mini cubes that are just 0.5 meters in size, with a maximum building height of over 2 km (4096 blocks).

Cube Universe is currently an Alpha, but we're getting close to the Beta. Here is a short list of the planned features. Additionally, more content like new planets, quests, or dungeons will be added.

Mods and user-generated content (coming in Beta 1.0)
Support for easy modding, including a terrain editor for custom terrains with custom quests. Most of the content is already defined in XML and Lua files, so we will only have to add some logic that loads user-generated XML files and some code for interaction between different mods. Additionally, the Lua API will be expanded to support more advanced mods.
Mods will not only be easy to create, but also easy to install - if you connect to a modded server, you will not even have to manually install mods since this will be done automatically.

PvP (coming in Beta 1.1)
Fight other players on battlegrounds. Possibly including vehicle combat.