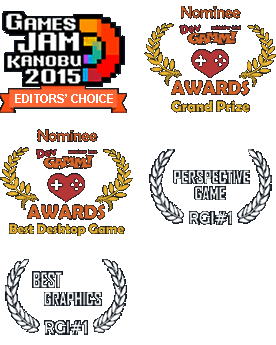 “We've been working on DangerSpace for more than 5 years, and the game is coming together well, but we want to get it further. To give you the gaming experience we always wanted, we should take a few extra months to polish and expand everything. Also listening to our Early Access adopters is a powerful support mechanism we use to improve the game during the final stages of development. We’re very excited to hear what you have to say!”

“DangerSpace will remain in Early Access until at least December 2019.”

“The game contains the majority of core features such as space battles, fleet management, ship-to-ship combat, and asteroid exploration. The Early Access version allows you to play the first 4 episodes of the game, experiencing the major features. We are still creating extra content for other epissodes. Balancing won't be done until the final release. Sorry, but we cannot provide the English, German, and French voiceovers yet.”

“The deliciously heavyweight, physics-driven flight engine gives a new gaming experience but it migth be unusual to the community. We want your feedback about it and what can we do to make it better understood by the new players.
We invite you to provide your feedback, gameplay suggestions, issues, and report bugs on our channel at https://www.facebook.com/dangerspacegame/”
Read more

Immerse yourself in the near future, during the Solar System exploration. Two powerful corporations have unleashed a real war for possessing the minerals.
You are a recruit pilot of one of them, drawn into the cycle of events. Use the extracted resources to build a powerful line of defense and advanced ships. Bring each battle to an epic ending. Take command of a squad of fighters, an offensive frigate, turrets, and other equipment. Fight with guns and missiles to defeat the enemy!

One of the ships is always under your personal control, drive it with a third-person view.
The innovative physics game engine takes into account the mass, inertia of the ship, the thrust of the propulsion and the maneuvering engines, will allow you to feel the vacuum of the real space.

Ships' control mechanics are based on the “+” and “-” of the arcade space games and simulators based on real physics. Thanks to this, we have created an ergonomic and intuitive system of piloting the ship.