Now includes a free demo! The demo is exactly like the full game, however limited to 30 minutes of gameplay, so feel free to judge the full game based on your experience!

A mix of Battlefield's King of The Hill gamemode style put in outer space is the base and core gameplay of Space Fighters. In Space Fighters, you control a ship and like-wise in Battlefield you must work together with your team to occupy three capture points in the total freedom and maneuverability of outer space.

Three gamemodes to choose from 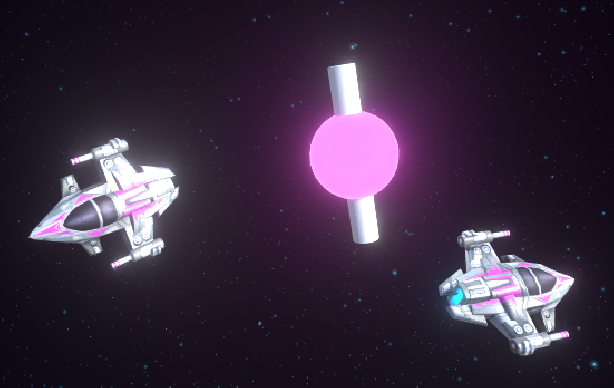 Action packed, fast-paced, quick 10-15 minutes rounds of maneuvering and shooting are just the start of the entertaining gameplay!

If multiplayer is not your cup of tea, there is also singleplayer! Play against swarms of enemy AI and survive for as long as possible!