Sit in the Chair by any means ! In this game, the person who sat on the chair for 3 consecutive seconds will be the winner. Sometimes it is necessary to beat an opponent to win. Break a leg !
All Reviews:
No user reviews
Release Date:
Developer:
Parir-mar
Publisher:
Parir-mar Inc.
Popular user-defined tags for this product:
Indie Action 4 Player Local Pixel Graphics Top-Down
+

Sit in the Chair by any means !
Break a leg ! 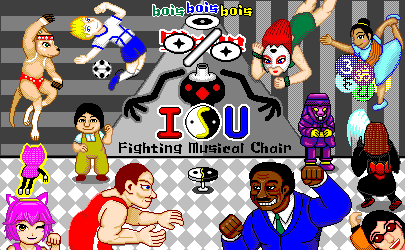 This game is "top-view fighting action musical chair game".
In this game, you will control the character selected by you to compete with other players for the chair.
If you want to sit in the chair, there is no problem kicking the chair or other players in this game (Please don't kick others in the real world).

Playable characters have each unique skills to win the chair.
The skill can be used by pressing the 1 or 2 button, so you don't need to practice complicated command inputs like typical fighting games.
Also, there are two types of gauges (SP gauge and EX gauge) gathered according to time, you can take actions to accumulate gauges and activate skill by consuming gauge.
Then various situations will occur during the game by each players' actions. 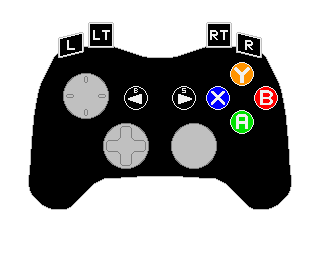 Attack to nearby enemies.

Rush in the direction facing.You can change the facing direction before moving.

during sitting）
Immediately rush from the chair.

SP gauge usage skills. Techniques to expand the range of strategies such as jumps and invincible actions.

EX gauge usage skills. Techniques that suits the personality of the character.

Speed up accumulation of SP gauge and EX gauge.

Invalidate damage from your opponent. If you receive a guard break attack (GB) such as TACKLE, GUARD reduce damage by half .

Sit in the Chair. / Stand up from the Chair

Skill that can be used only once during game. Cancel the current action and blow away what is in the surroundings. You can cancel rigidity of this skill with EXTRA.

）：Zoom in when the camera mode is Player.
Zoom Out（

）：Zoom out when the camera mode is Player.
-Zoom Reset（ 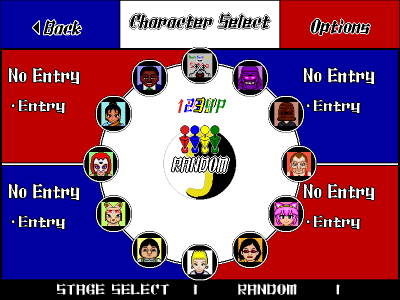 Switch players（Keyboard1-4）[
When you press that in the title scene, you change the number of the keyboard operated player.
Move（L stick）
Change the focus. On the character select scene, the cursor moves.
Decide（

）
Select the focused one.
Cancel（

）
Press it and start the game when the game start condition is set.
Back（

）
Return to the previous screen.

There are various modes in this game.
Please choose the mode you want to do.

LESSON
Characters will explain the operation and skills in this mode.
If you don't know how to operate and rules of this game, please try playing this mode first.

REHEARSAL
You can practice in this mode.
Please prepare the environment with rehearsal options and practice.

VS
You can fight among players, fight with CPU, watch match between CPUs in this mode.
Up to 4 players can play at the same time.
・Camera mode
You can choose from 3 camera modes. Please switch in options mode according to your preference and situation.
First：Mode to draw around 1P.
Players：Mode to divide the screen and draw each player.
Chair：Mode to draw around the Chair.

２VS２
You can fight at 2 VS 2 in this mode.
The team to which the winning player belongs wins.
Please enjoy the strategy by combining various characters.

ARCADE
It is a mode of fighting continuously with the CPUs.
If you clear stage 10, you can see ENDING.

OPTIONS
You can make various changes such as change of key config, game speed, time limit, processing at the time of dropout.
Since the settings of ARCADE mode and REHEARSAL mode are independent without basic setting (1st page), please change from OPTIONS on each character select scenes.

AWARDS
You can see the awards of releasing.
It also contains hints of awards that have not yet been achieved.
You need to use the keyboard to achieve all awards. 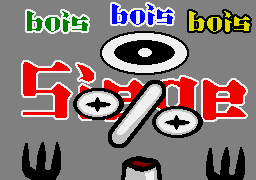 Birthplace : France
He is the game master of I・S・U.
He is art works with ego. His head is made of the concept of a chair.
His ability is good at handling the Chair. 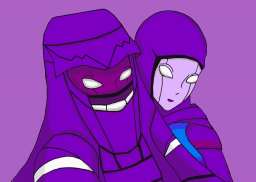 Birthplace : Dubai
She is a robot with free will after singularity. fights for self-sacrifice for salvation.
Her feature is two different battle modes. You can change these modes in battle. 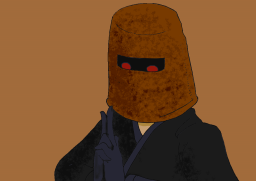 Birthplace : Japan
She is a ninja aiming for the villain who killed his father.
Her HP is small, but she has fast legs, high offensive sword and "shuriken"(throwing star).
With her EX ARTS, she can go behind the nearest enemy from the chair. So sometimes she can reverse the situation. 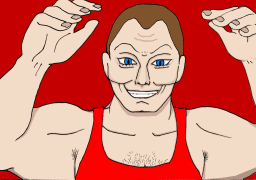 Birthplace : Russia
He is a clumsy, honest and powerful farmer. His hobby is wrestling.
He has high endurance and long invincible time.
His legs are so late that it is difficult for him to win once he leaves the chair. 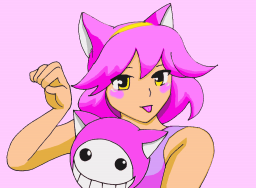 Birthplace : Thailand
Ze is a lovely ladyboy. Ze zirself is non-violent, but a violent spirit "Phi" protects zir.
You will operate two characters(Meaw and Phi) at the same time.
Even if Meaw sits in the chair Phi can attack, so this character is very strong. 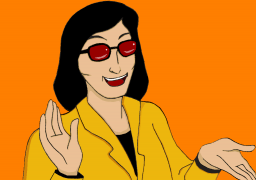 Birthplace : Korea
He is a Ponchak Star. He loves to dance and sing.
Because he has skills that can cancel all actions, he can respond instantly to various situations.
During EX ARTS invocation you will be able to attack the enemies that are falling, so you can hit great damage by hitting STRIKE. 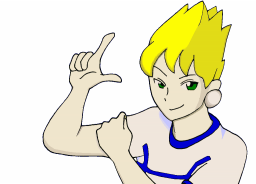 Birthplace : Scotland
He is a genius football juvenile. He was born as a nobleman, but he dislikes that his father is severe.
Because his attack range is long, with this character you can control the game without getting close to the chair.
However, it takes time to recover when under attack, sometimes he'll drop out without counterattack. 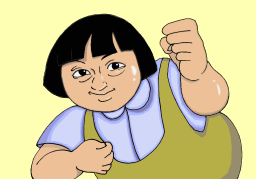 Birthplace : Hong Kong
He is a chubby trickster who are easily deceived. Master of Kung Fu.
There are few circumstances that are difficult for him, and he is easy to use.
You can decide the game at once with high risk - high return skill. 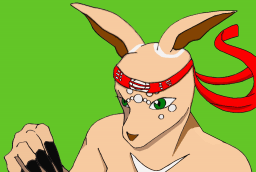 Birthplace : Australia
He is a violent kangaroo fighter. Attack, break, fun.
His HP is small, but he has fast legs and high offensive power.
It is difficult to play as him because he will be knocks out as soon as you make a mistake. 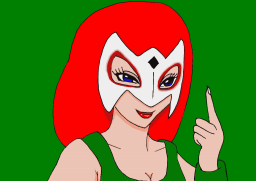 Birthplace : Mexico
She is a daredevil Lucha Dola. She will accept anyone's challenge.
Tackle movement distance is characteristic of her.
Because she is easy to use, if you are troubled with the character you use, I'd recommend using this character for the time being. 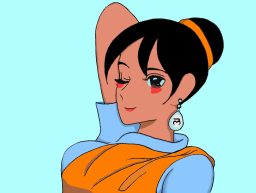 Birthplace : Himalayan Range
She is a yoga master. She meditates anyway.
Because meditation (EX ARTS) improves ability, meditation is a way to win.
She also has a full recovery skill, so you may take aggressive actions. 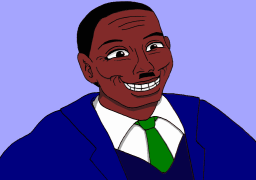 Birthplace : United States of America
He is a spokesman for justice. He is a mayor who resolves anything by power.
His feet are slow, but he has skills to move, so he will move around.
Because his ability to take chairs is low, you basically have to defeat your opponent when using him.


In this game, we use the materials of the following site.


This is a work of fiction.
The characters, incidents and locations portrayed and the names herein are fictitious and any similarity to or identification with the location, name, character or history of any person, product or entity is entirely coincidental and unintentional.