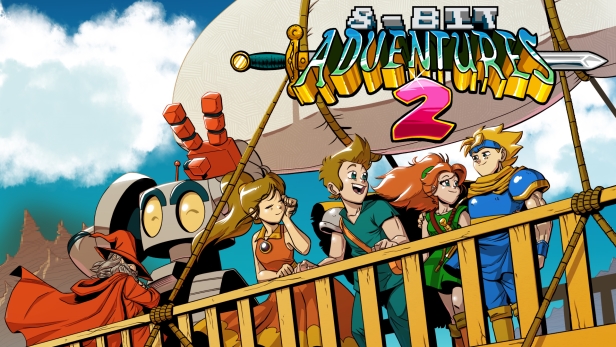 A Retro RPG That's More Than a Throwback!

8-Bit Adventures 2 is everything you love about NES, SNES and PS1-era JRPGs - with all of the charm, heart and soul, but none of the inconvenience.

Our modern approach to design ensures no random encounters or mandatory grinding, the freedom to save your game anywhere, and precise pacing which never bogs the player down with pointless filler, and ensures you’re always doing something fun and meaningful over the 20+ hour playtime. From beginning to end, 8-Bit Adventures 2 is focused on telling an engaging story, not wasting your time.

It may be a sequel, but anyone can jump into this brand new JRPG adventure!