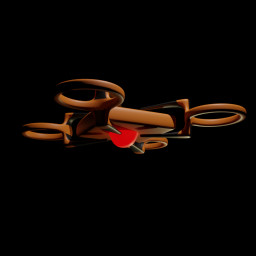 “TRIM has to be a game for players, not just for me, so I believe it would be unfair to create a game based only on my vision. If I get more feedback sooner, I make much better game as a result. Moreover, as far as I'm solo developer, I literally need your support as early as possible to finish TRIM as a whole product.”

“It depends on Early Access success. I estimate the remaining time for TRIM development as six months in the best case and one year and a half in the worst.”

“The full version will have from eight to ten levels, 8x more enemies, slightly various weapons on each level, addition game mechanics. Certainly, the game would be changed and extended according to community feedback. Eventually, TRIM will be a complete story of a human fighting for their land.”

“At the time of Early Access release TRIM contains one complete fully featured level with all basic mechanics, several boss locations, and dozen of different enemies. Gameplay time is unlimited.”

“Definitely. TRIM is going to grow in about eight-ten times, so the price will increase accordingly. At the time of full release, the price is going to be at least $15.”

“As a solo developer I have all the abilities to replace my ideas on the game with better ones from the community. I strongly believe that it would make TRIM much more attractive to players if the players take a part in development process. You are very welcome here in TRIM Community Hub, on TRIM discord channel, feel free to write directly to me on Twitter or by email: edgar@zipsted.com.
I'll be happy to hear your opinion on TRIM.”
Read more

Cities are on fire, citizens have been destroyed or ran away. But there is still a slight chance to change the outcome of this war.

A man from a ghetto. Sport suit, classic shoes, a cap. In the world of procedurally generated robots he possesses a crossbow, a gun, an AK-47, a bazooka, and an insatiable thirst for enemy blood. Or machine oil in this case.

The hero we deserve. Actually, he's the only one we've got, so there is no need for complaining. The man is here to say one thing to those mechanical bastards: "This Russia is mine".